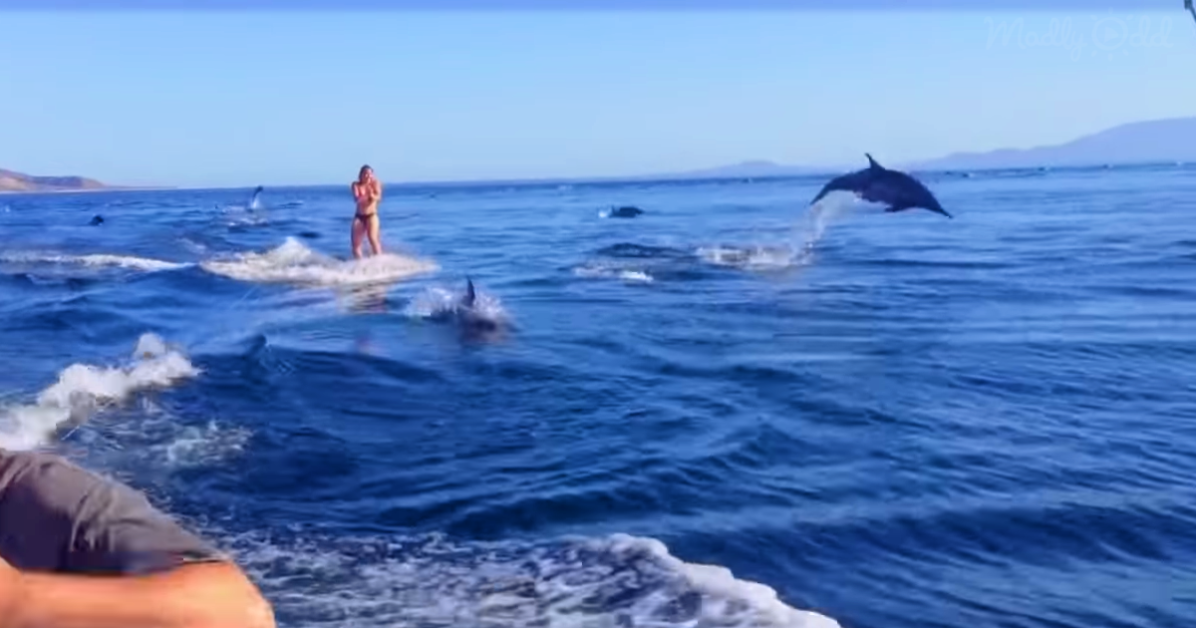 Dolphins are absolutely phenomenal creatures. Next to humans, dolphins are among the most intelligent mammals on this amazing planet. Just imagine this woman’s surprise as she was surrounded by such a large group of dolphins while she was skiing.

Dolphins are known to be very curious and playful creatures. They must have sensed that the skier and her friends in the boat were having a great time. It is evident that they wanted to join the fun. 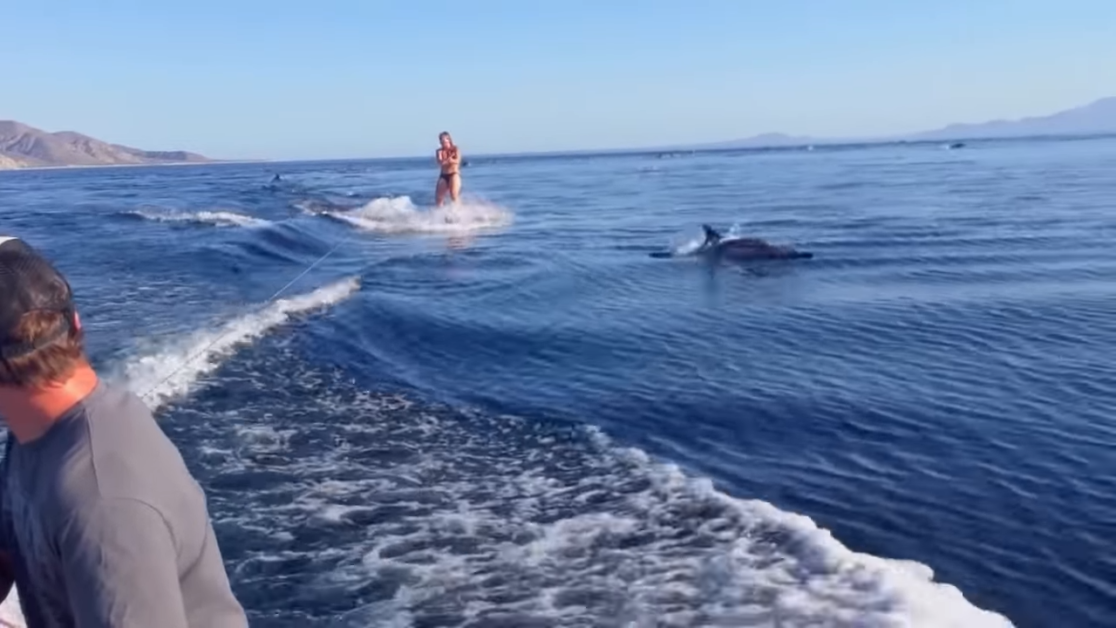 The group of dolphins, known as a pod, had the entire ocean to themselves and they greatly outnumbered her and her partners in the boat that filmed the ordeal. They could have chosen to swim away from or even around the boat. It is obvious that they deliberately chose to swim right alongside her as she was skiing and did not feel threatened by her presence.

As you can imagine, she was not only surprised but also extremely excited throughout the experience. After all, it’s not every day that you get to swim alongside such a large group dolphins! Plus, it would be extremely difficult and expensive to recreate an experience quite like this one.

One of the most amusing parts of the video was when the cameraman shouted that this video would be a hit on YouTube. Boy, was he right! The video has been viewed, liked, and commented on by thousands of dolphin lovers across the globe. Many expressed their joy and envy after viewing this once in a lifetime experience.

How could they have known that their skiing adventure would have turned out to be such an unimaginable experience? What would you have done if your skiing party was crashed by a pod of playful dolphins?

Share this video with your friends if you love dolphins as much as we do. 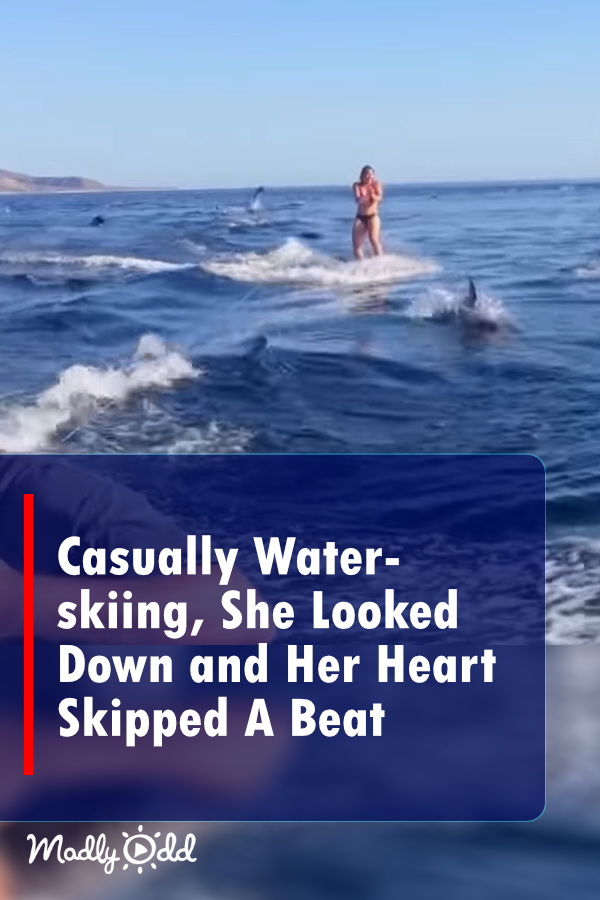