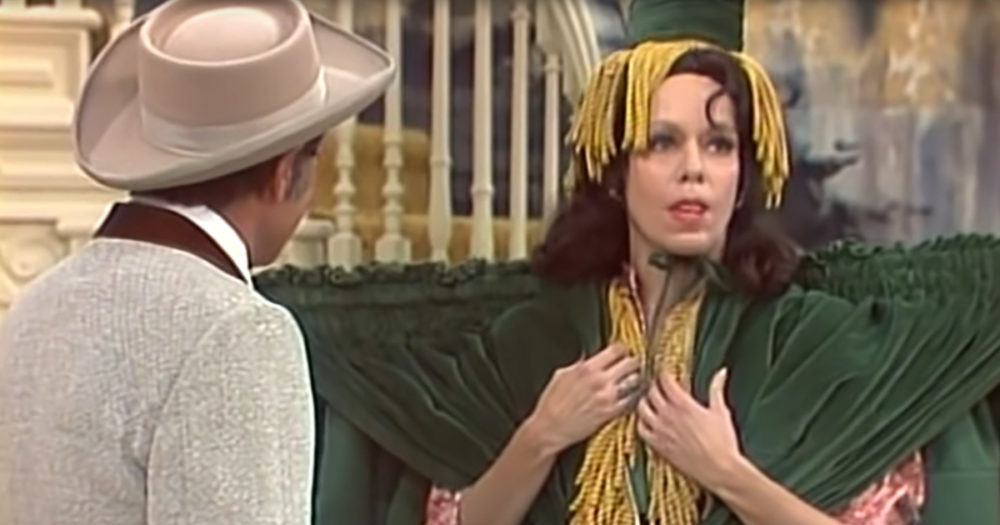 You are about to witness one of the funniest moments in television history and it’s no accident it happened on The Carol Burnett Show.

Everybody knows the movie “Gone With The Wind” and if you’re lucky enough, you’ve actually seen this masterpiece t once or twice because it is a treasure of American history in so many ways.

You might even remember the very first time when “Gone With The Wind” debuted on TELEVISION. It was a two-night national television event the likes of which had never been seen up till then. The promos and the build-up to it were sensational and half the country tuned in. The two-parter holds the eighth and ninth positions on the list of Top 10 highest-rated primetime shows of all time. No surprise there.

Well, just a few weeks after “Gone With The Wind” aired on national TV, The Carol Burnett Show came up with this hilarious parody sketch, but they never imagined they would make TV history for the longest sustained laugh in the show’s history, even Tim Conway couldn’t beat that record, but he came darn close!

‘Went with the Wind,’ a spoof on the film classic, ‘Gone with the Wind’ was one of Carol’s funniest sketches ever. From the moment Carol makes her first appearance the audience starts laughing non-stop for nearly 30 whole seconds — and that punchline at the end!! I won’t ruin it for you. You’ll just have to watch.

This was a masterpiece of topical humor, but it stands the test of time. How many outtakes were there for this I wonder? No way either of them made it through the first time without cracking up.

We would love to show you the entire sketch in its entirety, but it’s impossible to find; it’s nowhere to be found on the Internet, but you can watch Carol reflect on her infamous part in what would become one of the most hilarious parodies in TV history. ‘

Enjoy, then pass this along to a friend. This will jog a few memories not to mention generate a lot of laughs.