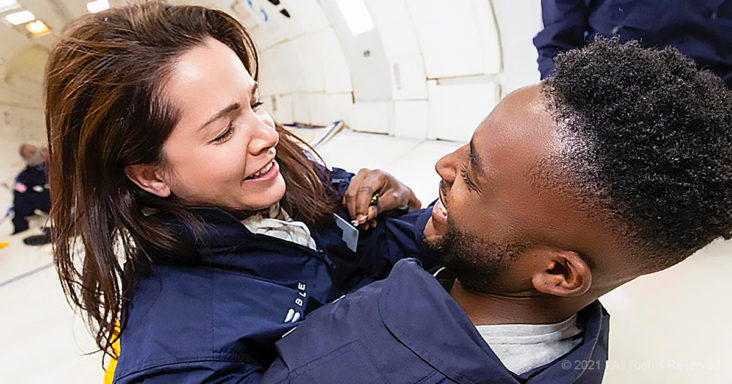 Some men go to great lengths to propose to their girlfriends in a creative, memorable fashion. This guy however went to great heights.

Xavier Andrews went to extraordinary lengths for the right time and the right way to propose to his girlfriend, Shante Cosme. They had traveled to 12 countries together, so he wasn’t going to lame out.

He booked a flight on Zero-G, a commercial airline that specializes in weightless air travel by using a modified Boeing 727-200. It’s the only way to experience weightlessness in flight without going to space.

He pulled out the engagement ring which was tethered to a string so that it couldn’t fly off. He had thrown her off by telling her they’d go ring shopping later, after getting back to the ground.

She was in tears and she hugged him and wouldn’t let go. This resulted in the ecstatic couple spiraling through the air in a tailspin of joy and tears.

This wasn’t a cheap proposal. Netting a ticket on a Zero-G flight is well over $6K. But in Xavier’s words, he and Shante are an adventurous couple. We think they got their money’s worth. 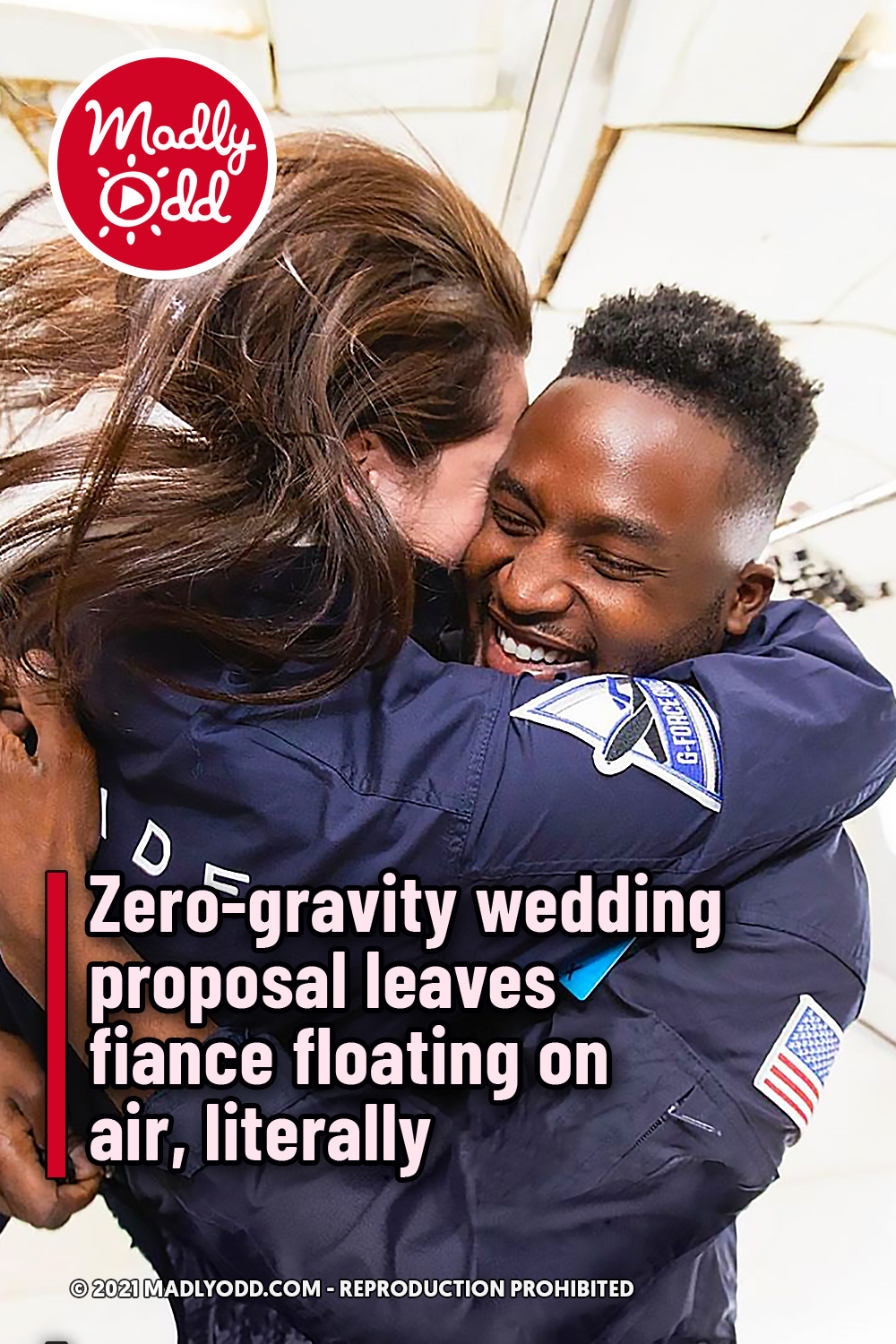