Figure skating, that rhythmic, yet physically challenging ice ballet, is a sport not for the unfit. This graceful sport was the first winter sport to be added to the Olympics in 1908, but now with the winter Olympics held on alternate two years cycles it has found a stage where all the world can appreciate the splendor and beauty of this most testing discipline.

The skaters have to perform several difficult maneuvers during their routines before the critical eye of a panel of judges. It was probably the British duo of Torvill and Dean that really brought figure skating into its own when they won gold at the “1984 Sarajevo Winter Olympics”. Their win created history by receiving the highest score for figure skating (for a single program) of all time. They earned twelve perfect 6.0’s and six 5.9’s which included an incredible 6.0 from every judge for their artistic impressions. They danced to “Maurice Ravel’s, Bolero” which was viewed by a television audience of more than 24-million people.

Torvill and Dean turned professional after competing in the 1984 World Championships only to regain their amateur status for the 1994 Olympics. They retired from competitive skating in 1998 and toured the world with their “Ice Adventures” show, thrilling audiences all over the globe. They have remained firm friends and did not perform together until be enticed out of retirement to star in the ITV television show “Dancing on ice”. 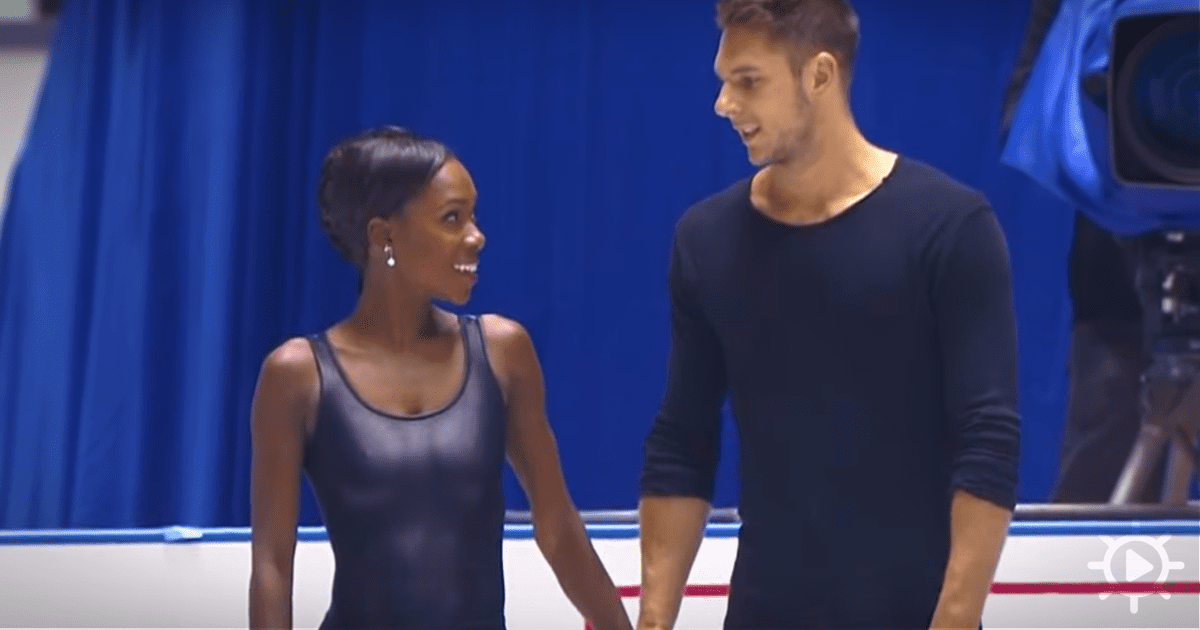 In the clip featured below you will see French figure skating champions Vanessa James and partner Morgan Cipres team up to compete in the “International Skating Union’s World Team Trophy 2017” held in Japan. Their choice of music was the classic “Simon and Garfunkel” piece “The Sounds of Silence” performed by the group “Disturbed”. Interestingly, the clip for this version of the song went viral and has had millions of views since first being uploaded.

The teamwork and bond between figure skaters are of the utmost importance. The spins, throws, flips and loops that have to sync perfectly, are so well-rehearsed that it is just amazing to watch. The beauty and grace of the couple will stun you as their interpretation of the piece of music is absolutely flawless. The smile on the audience’s faces and the reaction to the more difficult moves is just awe-inspiring as the couple continues their routine with huge smiles on their faces.

Once they reach the finally the crowd erupts, and as is traditional with figure skating, the pair is inundated with flowers thrown from the appreciative crowd, who by now are all standing. You can tell just by looking at the expression on their faces that they both know they have nailed the presentation as no others could have. It is truly one of the most amazing figure skating performances you will ever