How do you see yourself? Are you one for hiding behind a mask? Do you feel naked without your face on every day? Some women find themselves in a routine every morning. Before their morning coffee they have a ritual where they must apply their make-up. For some of them, it’s just a little base, some blush, and some lipstick.

They believe the lighter the makeup, the better off they will be. There are other women that have always relied on heavy makeup. It’s not that they don’t feel that secure with their looks, but that’s the only way they know how to apply makeup.

Christopher Hopkins, who you would probably better known as “The Makeover Guy” had watched this story over and over whilst growing up. Christopher mother, Joann, was one of those women that would not be seen without make-up. He reveals the she once said, “I’d rather answer the door without my clothes on, rather than without my make-up on”.

Her family would think that she was only kidding, but she was serious. That’s how she felt about it, and no one was changing that. She had struggled with the way she viewed herself for so many years. Her family had always tried to be supportive of her, but it was her own way of thinking that made her believe she wasn’t good enough without the layers of makeup.

Being the Author of the book “Staging Your Comeback, A Complete Beauty Revival For Women Over 45” he said that he was inspired by his mother, and would practice his skills on his sisters’ dolls, much to their horror of course. “I watched my mother put her face on every morning for years. I was the only person that ever saw her without make-up”.

Now Joann, at 73-years-young, has agreed to show her son, and the world, her daily regimen. For the first time she will remove her make-up and wig in front of a camera. It is fascinating to watch her daily transformation as she prepares her face for the day ahead.

This is the first time in 50-years that she has revealed her true self to anyone, but in Christopher’s eyes, she is beautiful with or without make up. Joann is truly her sons’ biggest fan. “He is not only successful but he can see the beauty within”. Christopher says that his mission is to accentuate the inner beauty of women who don’t look forward to getting older. 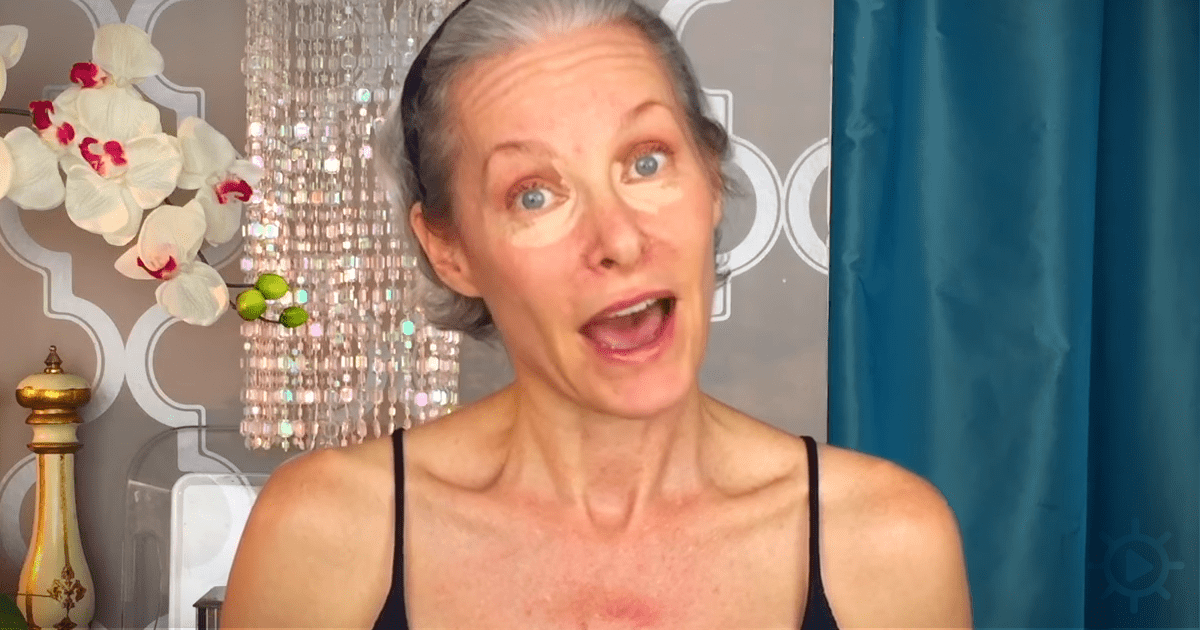 Click the link below and witness her change, you will have to agree with Christopher, she is definitely beautiful either way. Who knows, this might even inspire you to share this video with someone who needs it, and they too can understand that the face they see in the mirror, may bot be their true self after all.