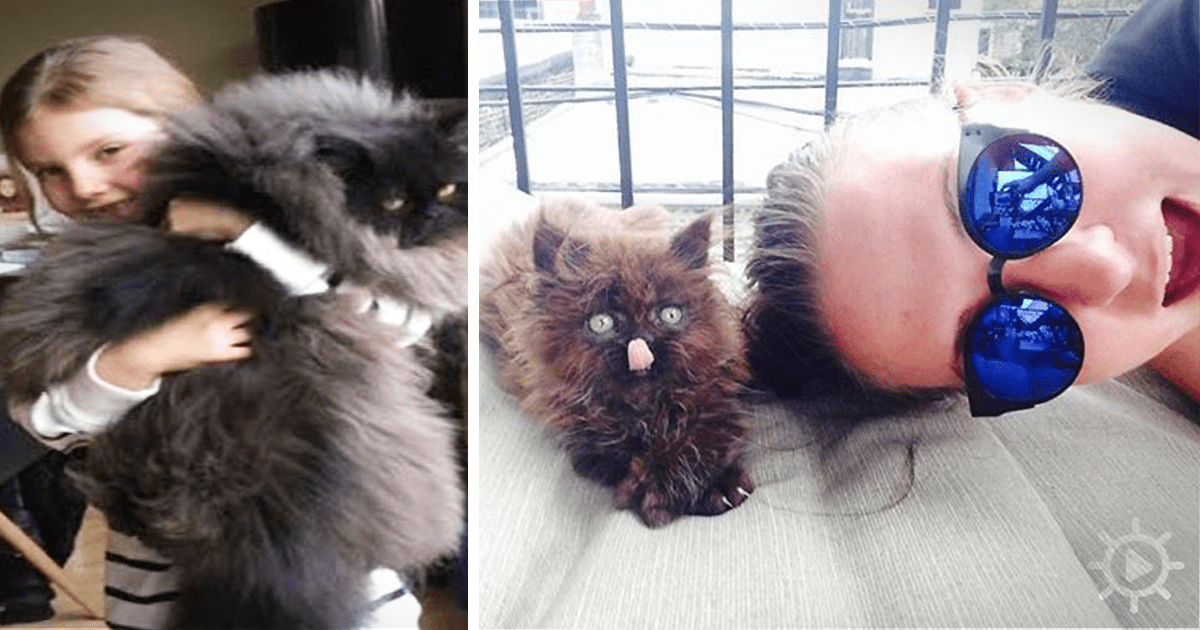 You’ve surely heard the expression “runt of the litter.” It’s more than just a figure of speech. Very often when an animal mom gives birth to a large litter, there’s at least one baby who is smaller and weaker than the rest. Out in the wild, things usually don’t end well for the runt of the litter. They end up getting less nourishment than the others (even though they need it more) and typically don’t survive.

But when it comes to pets like cats and dogs, the runt of the litter often gets some outside help. A sympathetic person sees what’s going on and gives the runt some extra tender loving care.

When Justina Strumilaite’s cat had kittens, she noticed that one of them — named Brownie — was far weaker than his siblings. The little fellow was so helpless that he didn’t even have the strength to get his share of mamma cat’s milk. He nearly died. Justina took a liking to Brownie: maybe it was his long and oddly wiry fur or maybe the fact that he had only two toes on one paw. In any case, she did a great job taking care of him, including teaching him to climb over the other kittens so he could get the milk he so desperately needed. 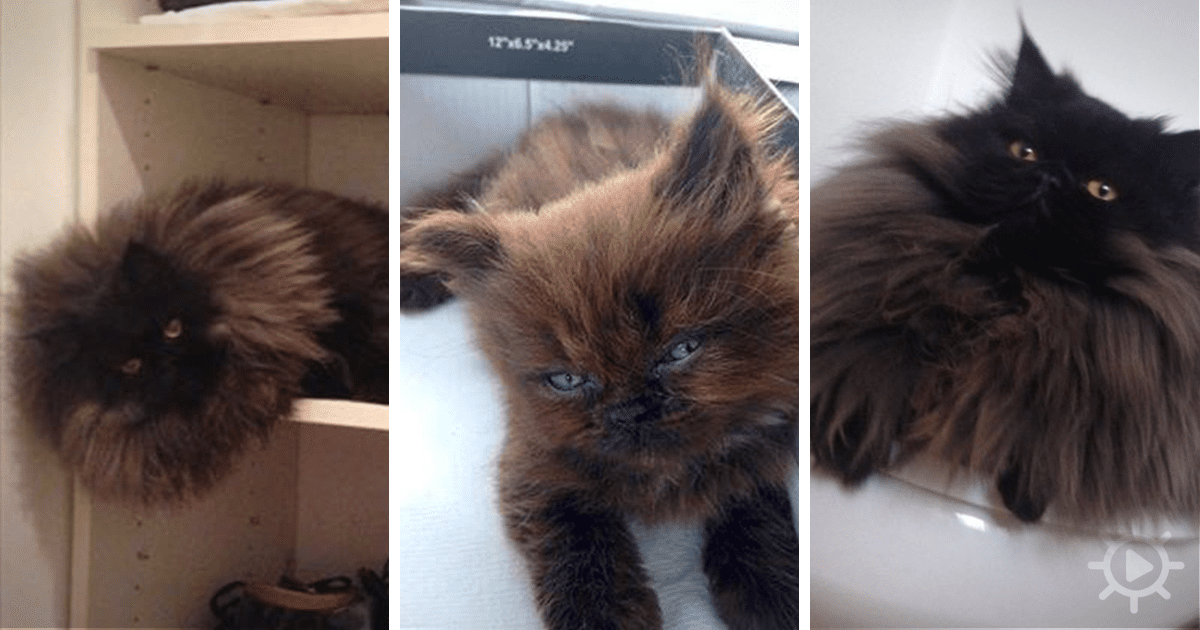 Thanks to Justina’s efforts, Brownie was soon thriving. She figured that when he grew up, he’d be a scruffy little cat with slightly long fur. Boy was she wrong! Not only did Brownie grow up to be an enormous cat but he got fluffier and fluffier. Seriously fluffy. Fluffier than you would ever think a cat could get. Overall, his coat is grayish-brown but his face, ears, and tail are much darker, giving him a truly unique appearance.

Justina definitely knows how to raise a cat! Have you ever raised a runt of the litter? Let us know in the Facebook comments and be sure to like and share this heartwarming story!