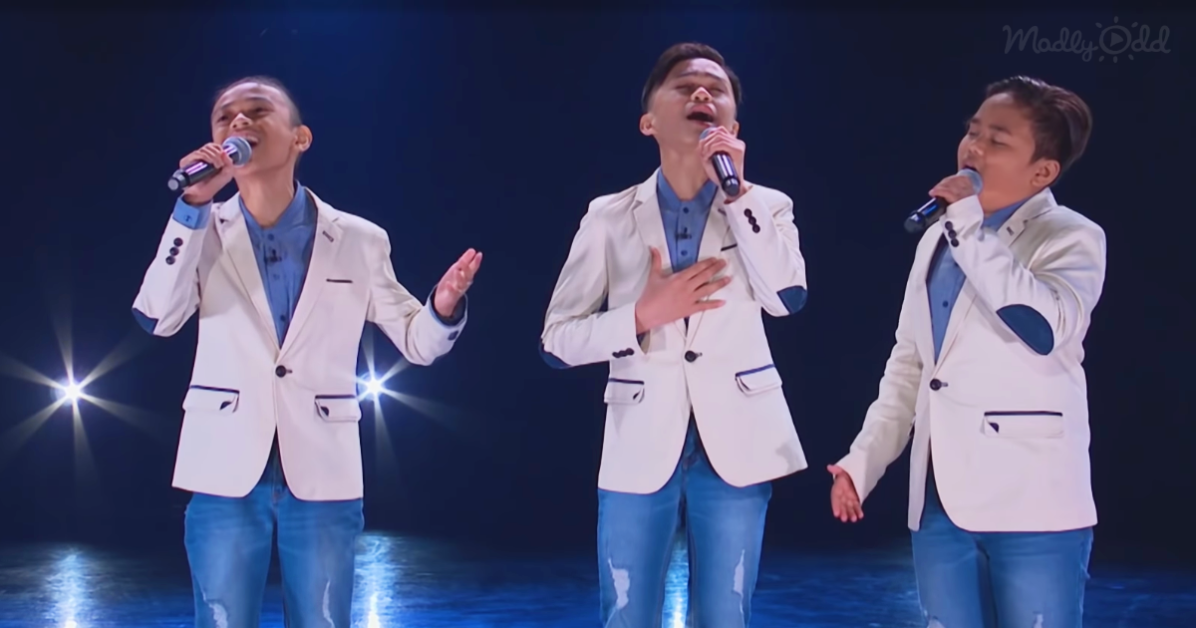 Ariana Grande Surprises ‘The TNT Boys’ & Their Reactions Are So Cute…

Millions of people are now obsessed with the TNT Boys, the newest sensation that shot to fame on the CBS talent competition The World’s Best.

After their latest performance on the show, host James Corden explained why he thought they deserved their name: “For a while I never quite knew why you were called the TNT Boys, and then I realized whenever you sing you just blow the roof off the place.”

Now James Cordon invites the three Filipino boys onto his late-night talk show The Late Late Show with James Cordon.  In this clip, James interviews what he describes as “my favorite new boy band on planet earth” before they were set to perform on the show. 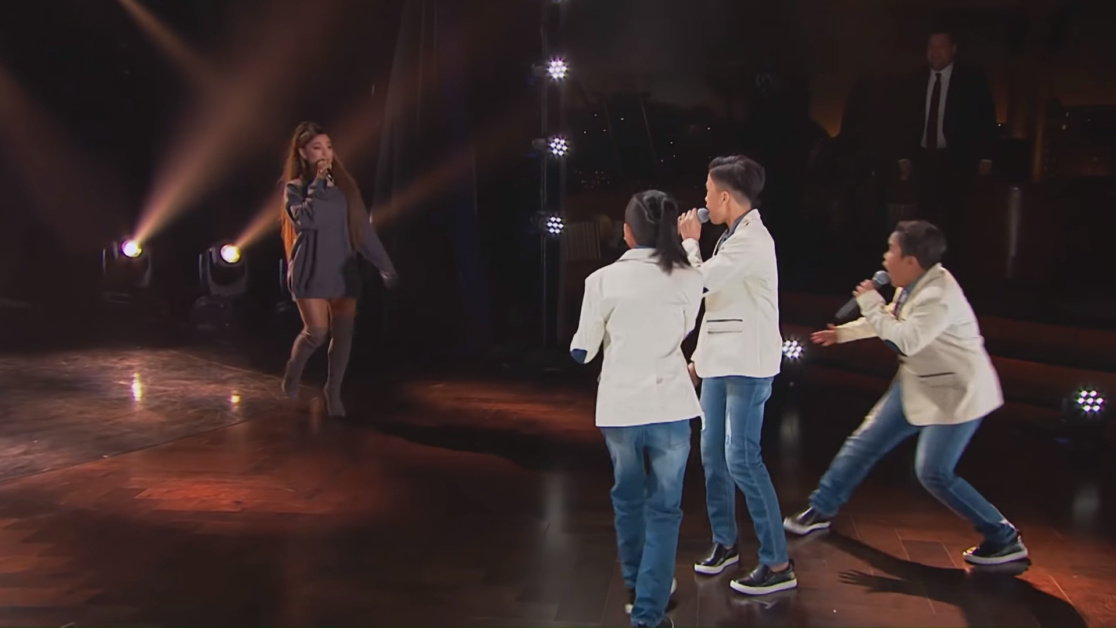 Even though they had just gotten off a twelve-hour flight from the Philippines, the three boys excitedly reunited with James since they had not since him since their last performance.  James’ easy-going manner puts the boys at ease immediately as he asks them a few questions before they perform.

They chat about the kids’ favorite musical idol, Ariana Grande.  The American pop superstar recently became the first solo artist since 1964 to have the top three consecutive songs on the U.S. Billboard Top 100 chart.  James asks them what they like about her.  Francis excitedly replies, “I love Ariana Grande’s voice, and I love her attitude.”  Little do they know that Ariana herself is standing backstage watching the interview.

The TNT Boys take their places and begin singing “And I Am Telling You” from the movie Dreamgirls.  Their performance reminds everyone why the twelve-, thirteen-, and fourteen-year-olds are everywhere on the internet right now – they are incredibly talented.

About halfway through their performance, as the boys are singing their hearts out, they realize that an extra voice has joined their trio somehow.  They glance around, a little confused, but then they realize who is singing with them – it’s their idol, Ariana Grande.  Even though she’s getting ready to go out on her next world tour, she took the time to come meet some of her biggest fans.

You have to watch this video to see the boys’ responses to meeting Ariana.  It is priceless.  Even though they are thrilled to death, they manage to finish their song with Ariana singing along with them.

If you thought this surprise visit from Ariana was adorable, please share the TNT Boys’ video with your friends and join the conversation going on down below.