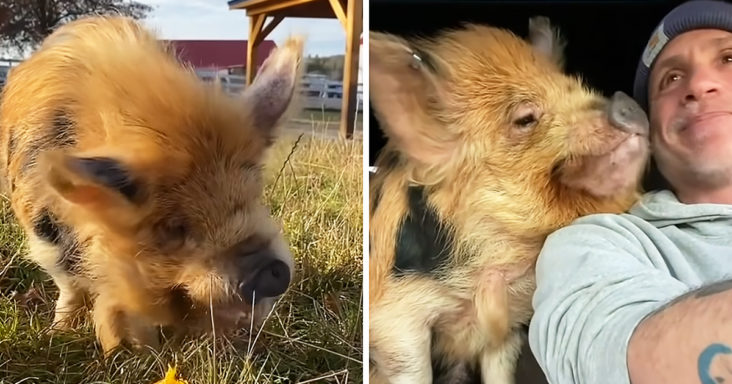 Arthurs Acres sanctuary has always been known for its love for different kinds of animals. Todd, the sanctuary owner, has always worked very hard to help animals who needed help. 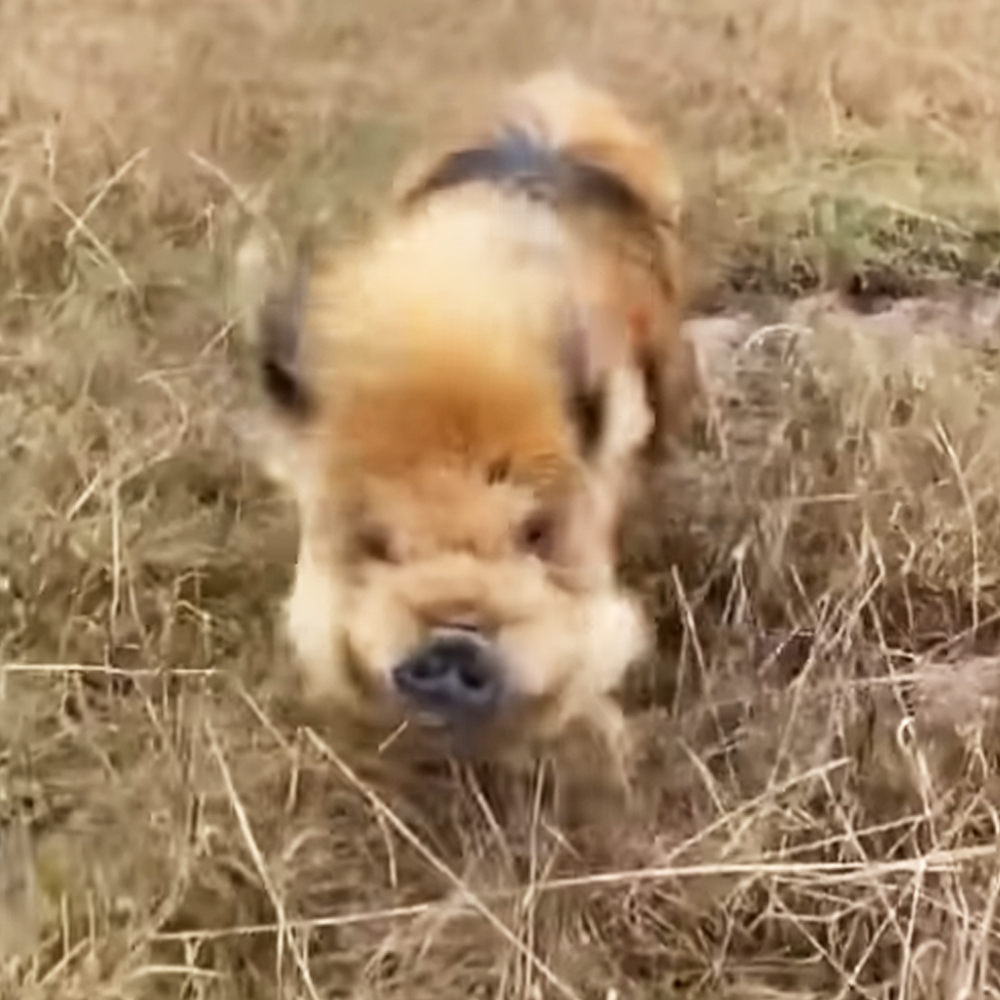 Recently Todd shared a story of Moby, a rescued pig. Todd loves to spend time with the pig and shares his thoughts about how adorable Moby is.

He loves to nibble at Todd’s ears and would never leave him alone. Even when he was traveling in his car. Todd had rescued Billie and Moby from a wet basement as the owner had left them to breed. 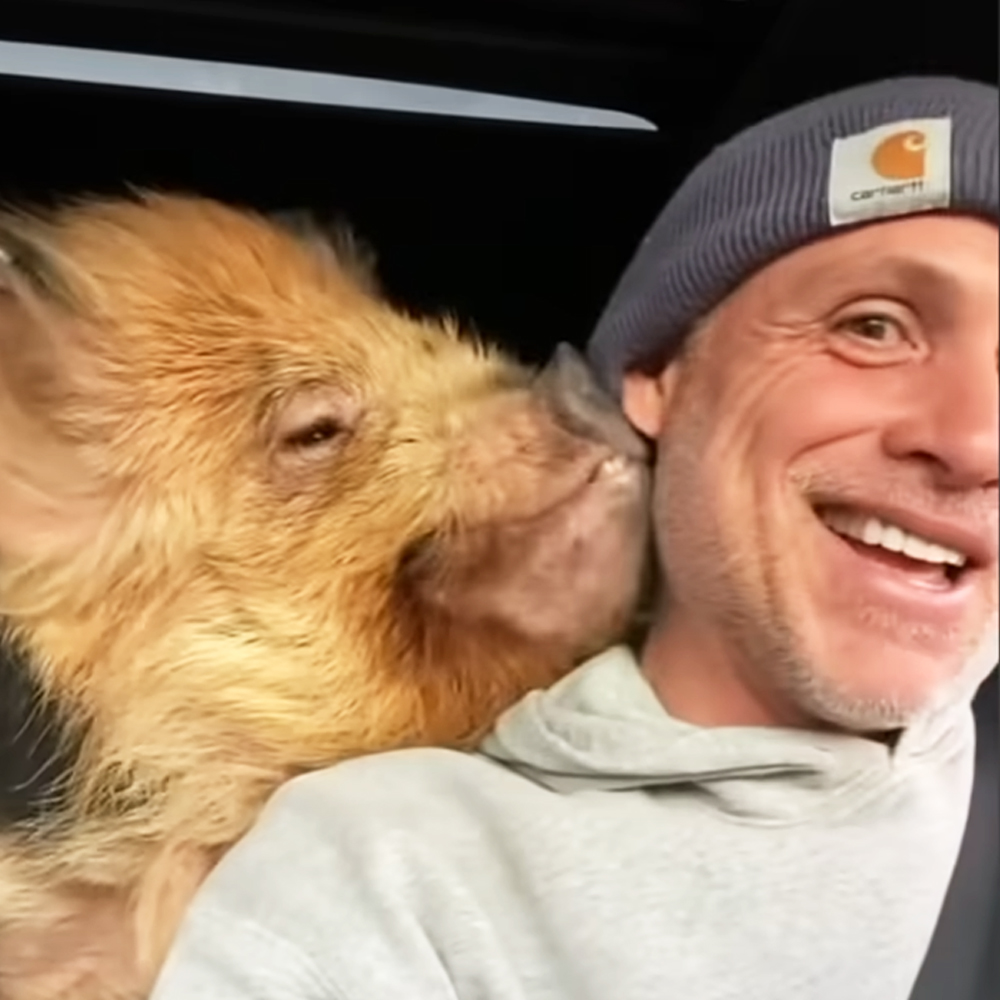 Todd received a call about the terrible condition of the two innocent animals and decided to bring them to Arthurs Acres. Hans is another KuneKune pig, just like Moby, who was very friendly and loving but was lonely.

So, Todd decided to give these pigs a family feel by rescuing more and more pigs. Moby is a brilliant pig. However, he had a crooked head and had a tweaked neck, due to which he took a long time to eat, but he thrived. 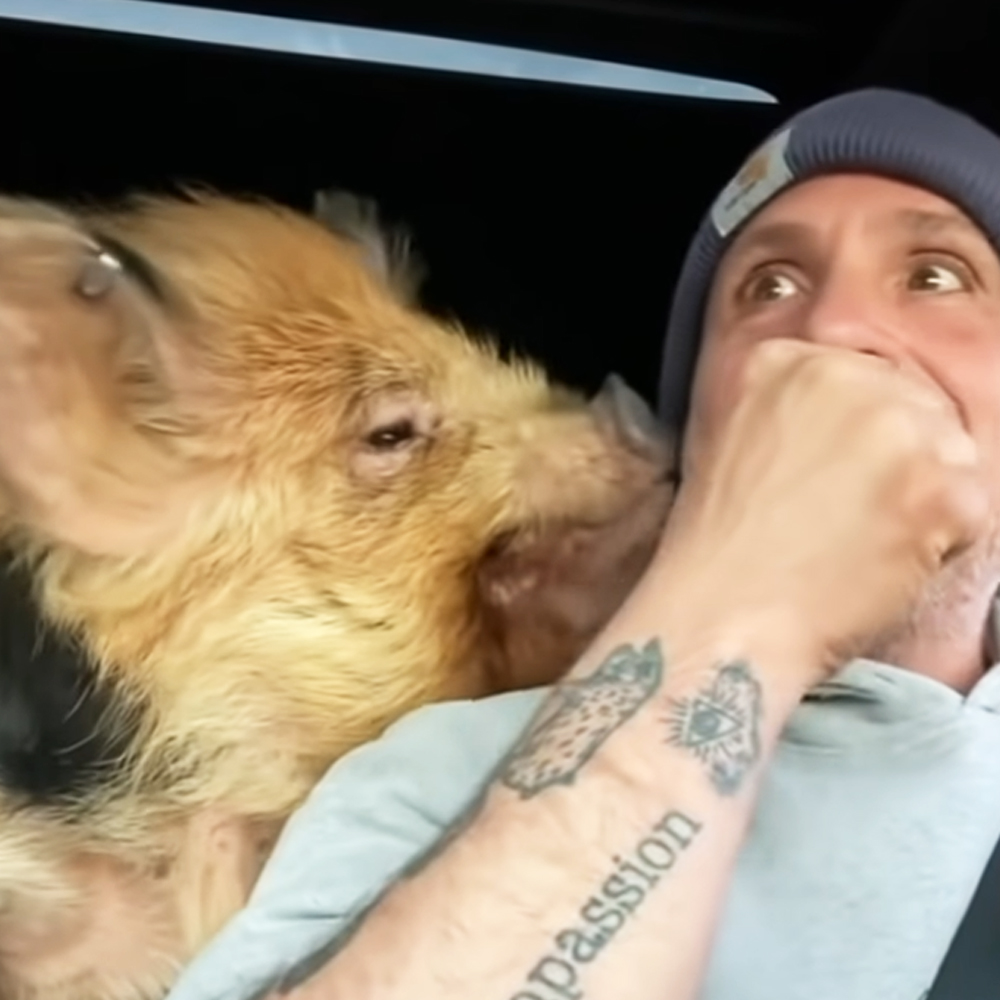 He loved his breakfast time and even acted like a tough guy who was not afraid of giving a piece of his mind to the other pigs, who were more prominent in size. He recognized Todd and loved to snuggle and play with him.

Moby now has 16 other brothers and sisters who love him a lot. Pigs have a lifespan of about 20 years. Like every other animal, Todd believes that they deserve to live a beautiful life surrounded by love and respect.