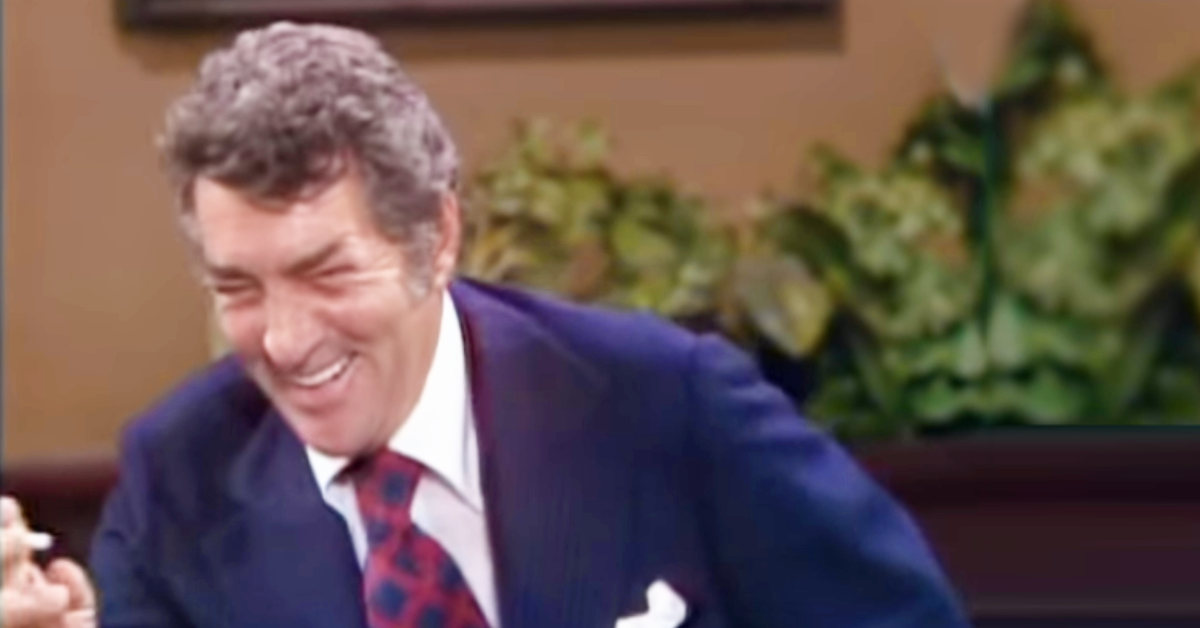 Back in the day when comedy was funny… When I watch these, I think of my Mom and Dad in the living room, and my brothers and sisters were running around the house playing. Back then you thought you would never age. What I wouldn’t give to go back for one night and experience all that again. Mom and Dad are gone now so with one Brother, don’t take anyone for granted.

Everyone who experienced the late 60’s and early 70’s is going to be familiar with the Dean Martin Comedy Show. This show had all of America laughing during its time. Martin was famous for never rehearsing before a skit. A clause in his contract with NBC stated that he didn’t have to show up for rehearsals, so this was the first time that he’d heard Foster Brooks’ lines! Dean’s complete meltdown is hysterical and still brings me to tears…

There were many talented comedians on this show, but in this episode, we see Foster Brooks playing his signature tipsy character. He brought this sketch alive with his legendary acting abilities. His exaggerated movements and language would lead you to believe he is actually under the influence, but it’s all just acting, folks!  Brooks always made a point of conspicuously slipping OUT of character at the end of a performance to show the audience that it was all just a gag.

In the next scene, Brooks plays an airplane pilot. He just came for a quick drink to calm his nerves before his next flight. After chatting with Martin for a while, Brooks realizes he’s late for his plane and has to go. Not until he left everyone in tears from laughter, even Martin.

Constant laughter rolled from the audience. Martin himself had a hard time keeping a straight face. Both men show their talent with witty banter and punch lines. This show will leave you feeling nostalgic.

Most viewers remember watching this at home with their family. It was a great night of comedy, and since then, almost all Americans have seen this show at one point or another. It’s practically required viewing. I think we can all agree that comedy now is nothing like it once was.

For me, the best part is when Foster gets to the door and turns around to take his bow, and he is an entirely different person! The man had talent that is hardly ever seen in this day and age.

These guys left shoes that will never be filled by anyone else.  It’s so great watching these two guys together. Watch this video and leave a comment on how it makes you feel seeing this classic.