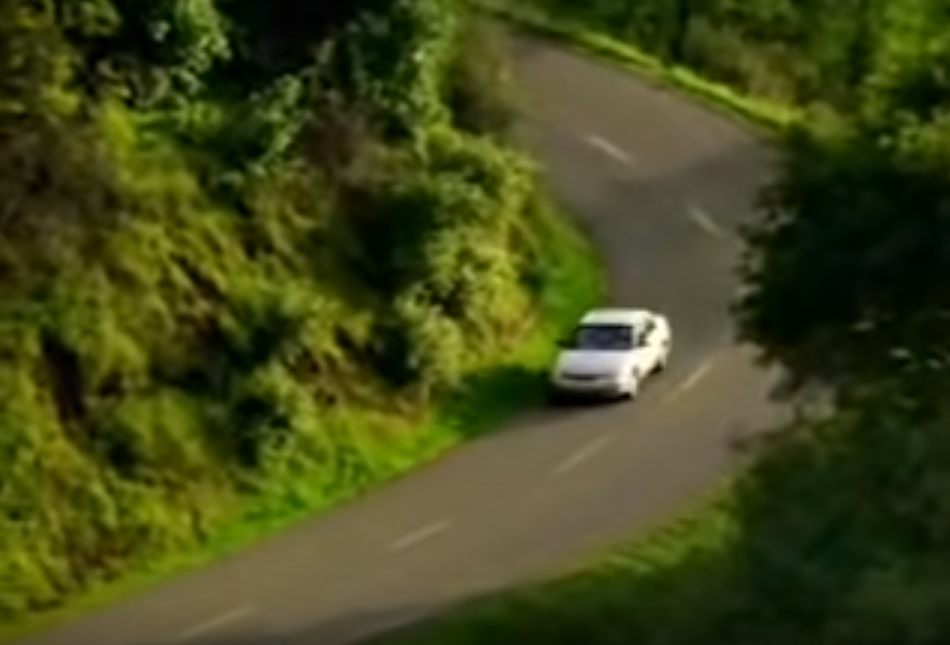 There was a… thing… moving alongside the car. There was something somehow ghostly about it. But it probably was just mist, right?

Are you afraid of ghosts? Some people scoff at the idea that ghosts could possibly exist. But plenty of other people believe in them, including some who seriously claim to have seen them. Ever since cameras were invented, people have been trying to capture images of paranormal events, but sometimes it happens by accident.

A few years back, a camera crew in Britain was filming a commercial for a car company. Everything was set up perfectly… 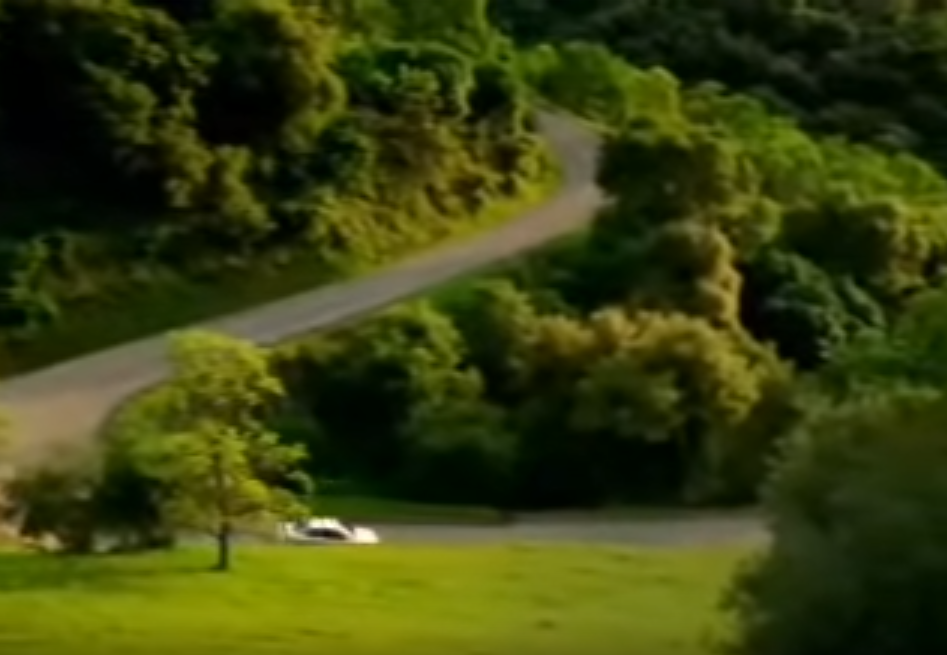 The car rolls along a winding rural road amid beautiful scenery. These images of an open road and lovely green countryside kind of make you want to get behind the wheel, maybe in a nice, new car.

When they’re done filming the commercial, there’s still plenty more work to be done before it’s ready for television. An editor had to go over it, making sure everything is right. This involves looking at the footage over and over, keeping an eye out for the slightest problem or anomaly… and man, did the editor for this commercial find an anomaly!

There was a… thing… moving alongside the car. It kind of looked like mist, but there was something somehow ghostly about it. But it probably was just mist, right?

But then the crew making the commercial found out that just a year before, there was a terrible accident at the very spot where the mist began to appear in the footage they’d shot.

The people at the car company were freaked out, too, and they decided they’d never run the commercial. We’ve posted the video below: you may have to look very carefully to see the “ghost.”

What is it about this Ghost Car Ad that makes so many people share it? Let us know what you think in the comments box.

LAST WARNING: If you have a heart condition or scare easily, do NOT watch this video.