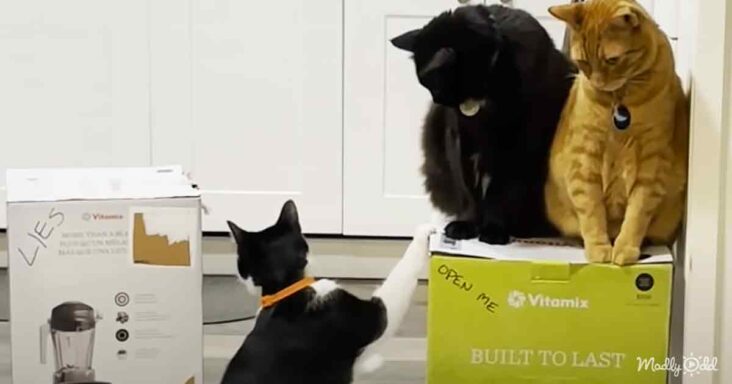 Jessica & her partner, Nikki, lived with their 3 adorable kitties, Max, George, & Lando. Recently, the couple ordered a Vitamix. It was at that moment the 3 cats’ mom found out about her kitties’ level of fascination with the empty packaging box from Vitamix. This was clearly something that Jessica had never noticed in her felines. 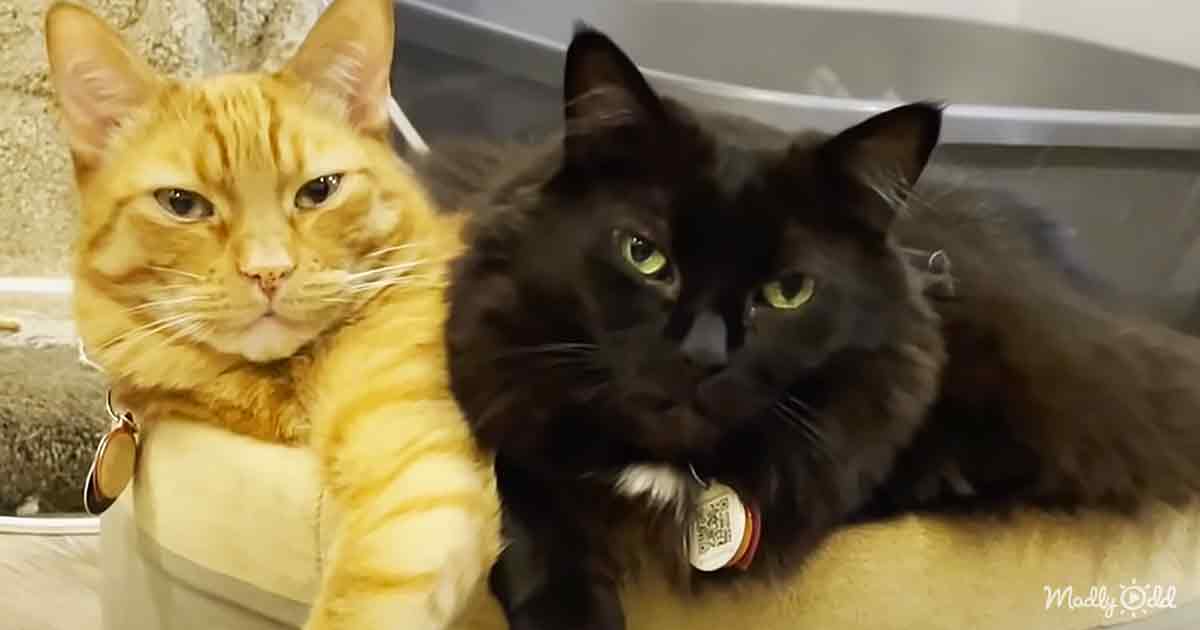 She set down the Vitamix box on the kitchen floor and turned around. As soon as Jessica did so, Max quickly sat on the box. Although Jessica thought it was adorable, she concluded that Max would tire and hop down.

However, it seemed as if she had misjudged her kitty completely. Even after 2 hours, Max was still sitting on the box. The next morning, Lando climbed up the Vitamix box. Every day the cats were obsessed with this particular box. People, Jessica knew, had told her that she needed more boxes. So Nikki decided to write an open letter to Vitamix. 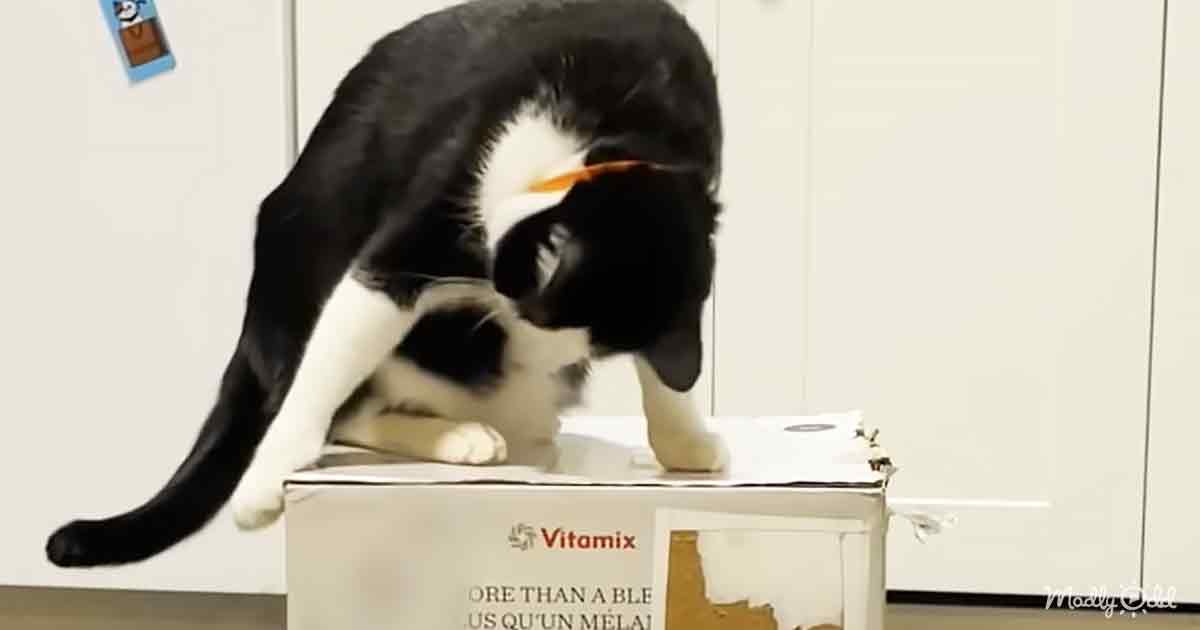 Fortunately, the cat moms received a response from Vitamix stating they would send them the boxes. So the decoy boxes finally arrived. However, there was still some power struggle among the three cats since there were only two boxes for the three of them.

Regarding their kitties, Jessica said Max was found when he was a 6-weeks-old kitten on an interstate overpass. However, Lando was adopted as a kitten that soon turned into an “explosion of fluff.” George was a tabby cat and came from a family looking to rehome him as they could not take care of him. 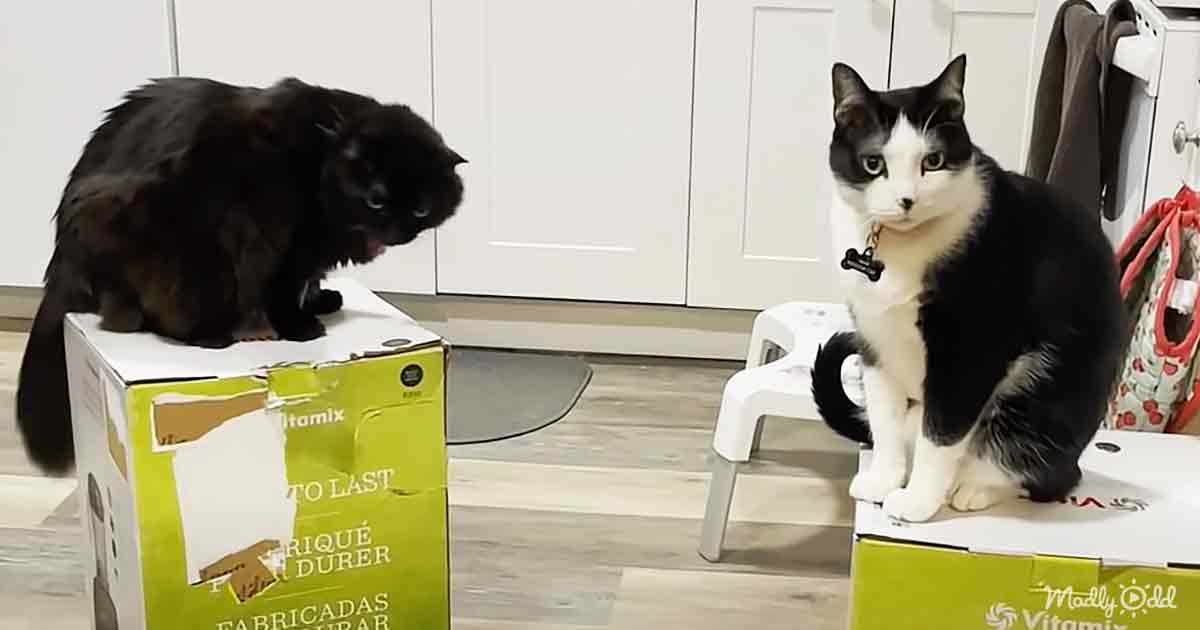 George and Lando were bonded brothers and were always together. They were the household guard and inspectors. They had to check anything that was brought into the house. Meanwhile, the cat moms received a new email from Vitamix’s marketing team stating they had also sent them a beautiful cat tree.

The cats loved it. This was the only place where the owners had found all their cats cuddling up. Although George and Lando were the most bonded, finding Max and Lando cuddle up proved how much the cats loved each other. 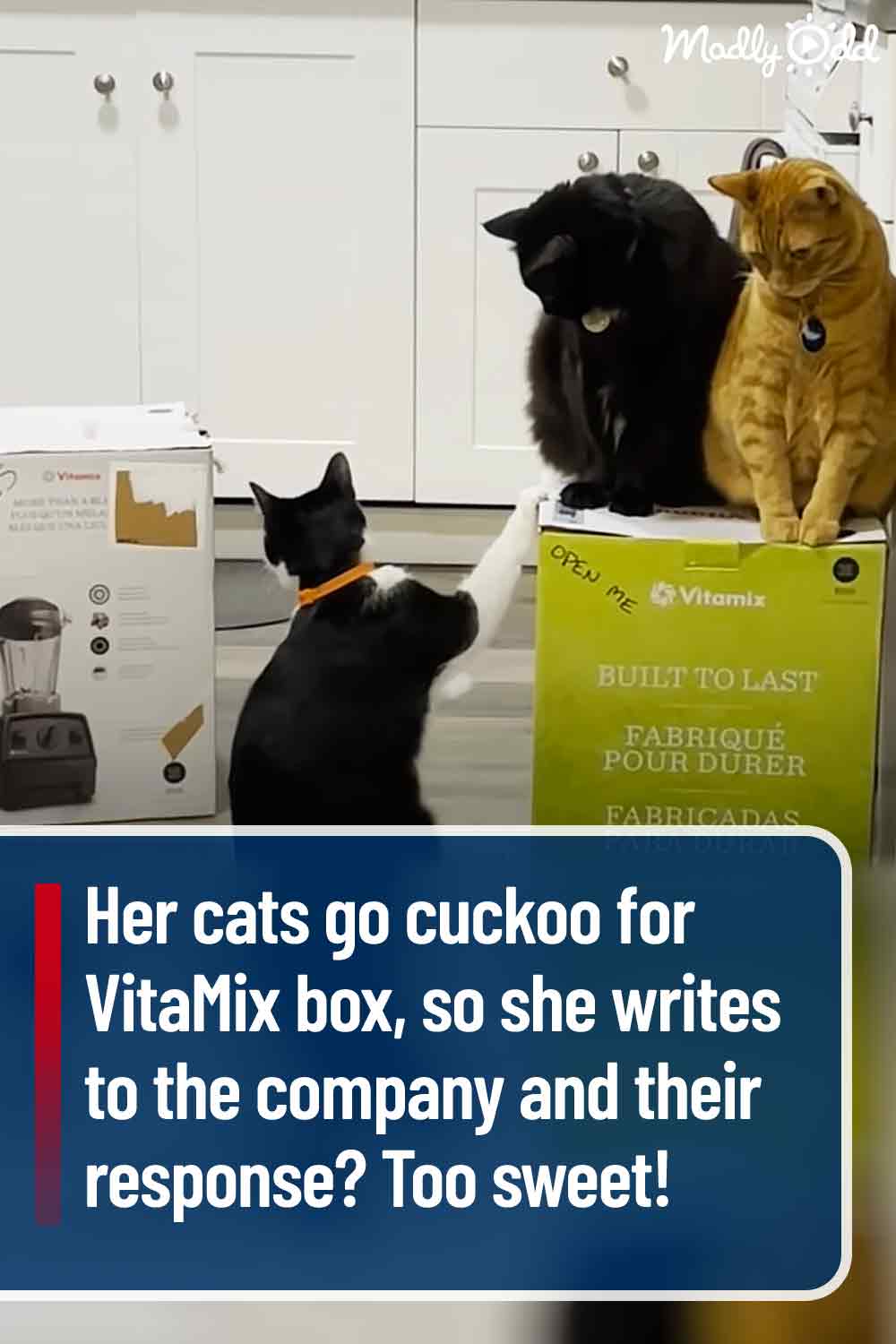