More beans mister Taggart? Was a line from the Mel Brooks movie “Blazing Saddles”? The scene was very simple, a group of cowboys sitting around a campfire eating baked beans when suddenly one of them farts, then another then another, until the whole group were farting in unison. It sounds a bit silly, but who can’t laugh at a fart joke?

Blazing Saddles was released in 1974 and stared Cleavon Little and Gene Wilder amongst many others. The plot was a simple western, but with many racist overtures. Mel Brooks who co-wrote the film with Andrew Bergman and Richard Pryor is without doubt a comedic genius, but he also has a message to send with all of his films. The original title of the film was “Tex-X” a play on “Malcolm-X’s” name and was set to have Alan Arkin and James Earl Jones in the starring roles, but this fell through as things often do in Hollywood until Mel Brooks came on the scene. 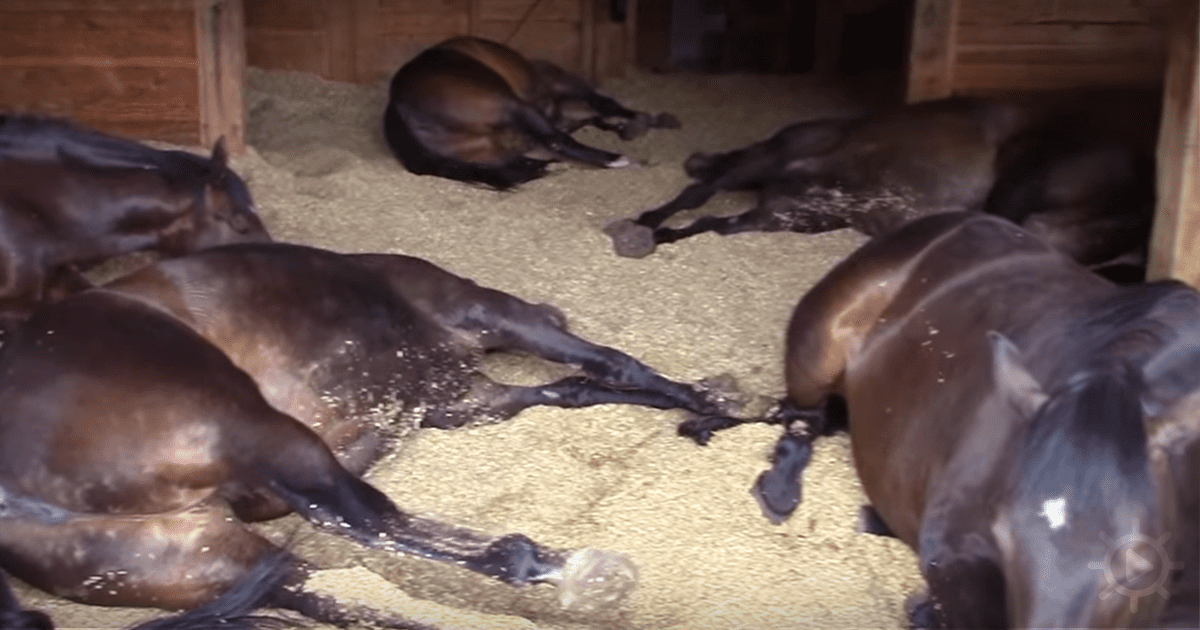 Brooks hired a group of writers including Bergman to expand the outline of the script, he posted a huge sign for them saying “Please do not write a polite script” which, as you can see in the movie they abided by. Brooks once described the writing process as “chaotic” and that the script was more or less written in the middle of a drunken fistfight. Bergman says that he remembers the room being totally chaotic, “we had five writers, one guy left after a couple of weeks, then it was basically me, Mel, Richard and Norman Steinberg, Ritchie left after the first draft and then Norman, Me and Mel wrote the next three or four drafts. It was not a riot, but a rioter’s room”.

The video below has absolutely nothing to do with Blazing Saddles except that it features horses and farting. “Equinisity Retreats” in Kamloops, Canada caters for people who are in search of themselves. The founder Liz Mitten Ryan says “These spiritual, healing and personal growth retreats offer reconnection, revitalization and healing, dispelling illusion, shifting consciousness and tuning and raising personal and universal vibration”. She goes on to say “we offer life changing, healing inspirational, spiritual and personal development retreats with horses and nature including a unique model of Horse Therapy offered by the Herd at liberty. We also offer certification in Equinistic Healing”.

Now whether you are a believer in this sort of therapy or not, you are going to get a laugh out of the clip below. Horses are an amazing, and very intelligent animal, but like all of us they need their rest, and let’s face it, who hasn’t farted in their sleep. Click on the link below and make the rest of your day a GAS.