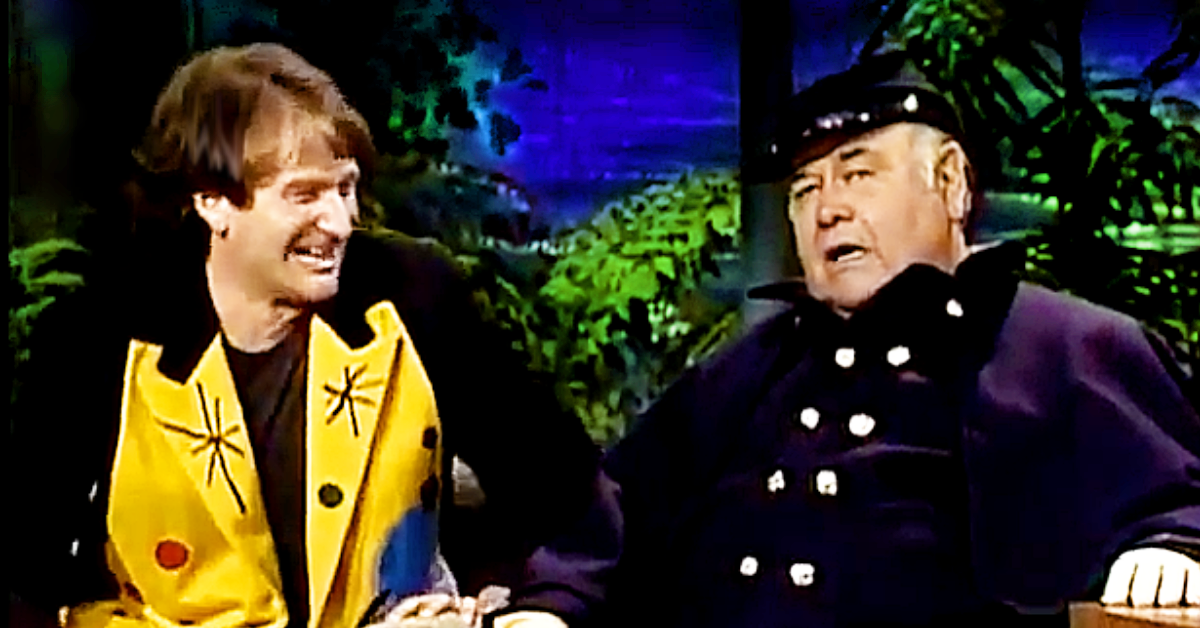 You might think you’ve seen this clip before, but you haven’t because up till now, only pieces of this legendary footage have been uploaded to the Internet.

But thanks to modern technology and some high-tech video sleuthing, the original Tonight Show segment has been found, restored, and just uploaded to the Internet in July of 2018, so chances are you really haven’t seen all of this before. Time to get excited!

Go to the kitchen and grab a snack and get ready to laugh because heeeerrrrrrrrre’s Johnny, the undisputed King of Late Night with Robin Williams and Jonathan Winters like you’ve never seen them before. Robin is his hyperbolic nutty self during the course of the interview, but they had a hidden agenda on the line-up that night.

He and Johnny Carson were setting things up for the next guest, Jonathan Winters! This man is truly one of the most legendary and most respected comedians of all time. You can tell that young Robin Williams absolutely adored him and loved his mentorship.

In very quick style typical of Robin, he told Johnny about the fun they had in the final season of Mork and Mindy when Jonathan came aboard the comedy series as the weird son of alien and human.

Jonathan Winters makes his spectacular entrance in a general’s outfit. There was another guest at the show, and you see them stand up and salute! The chemistry between the three masters of comedy is hard to miss. They all seem to riff of each other with amazing ease and it appears to be scripted but it’s clearly not.

Check out this amazing old clip below and see for yourself. This is a great video for a good laugh and we all need that from time to time. Then pass this along to a friend. Enjoy! 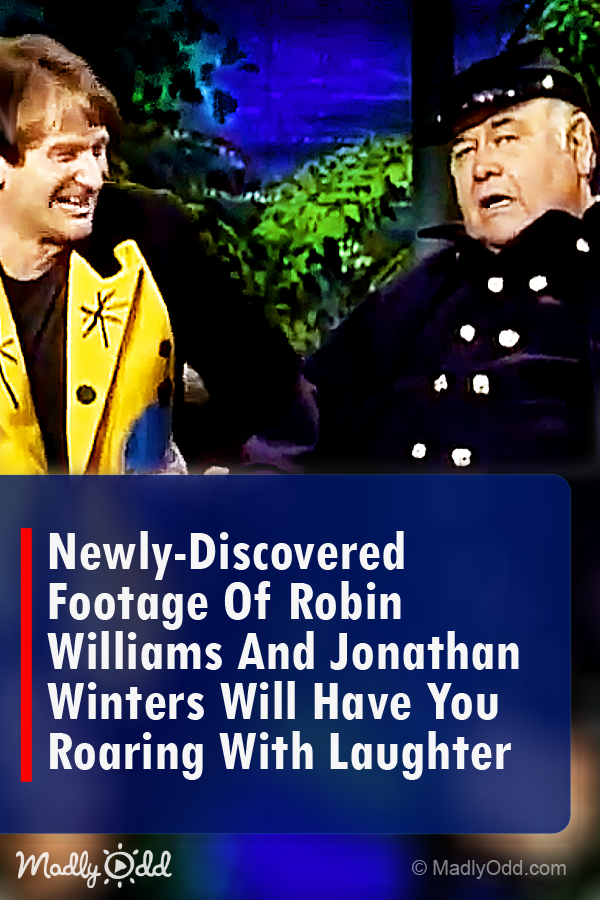