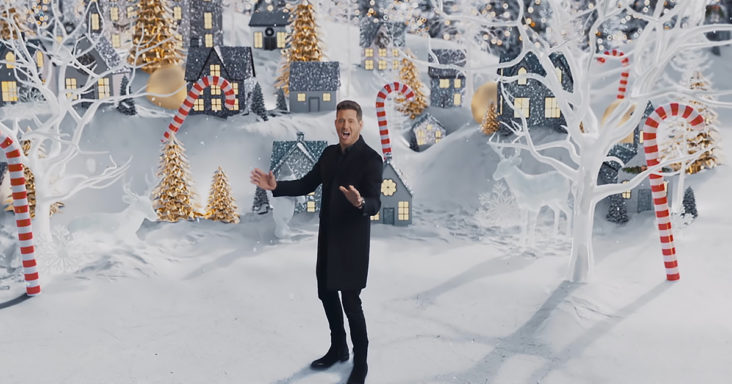 Michael Bublé celebrates the 10th anniversary of his Christmas album by singing ‘Let It Snow!’ The music video begins with a vinyl record spinning in the record player. In the center of the record, there is a snowflake.

The snowflake flips over to reveal a snow globe with a house in the center. Relaxing on the couch in the home is Michael Bublé, and a woman sits next to him.

As he sings with his phenomenal voice, the woman smiles and watches him fondly. Behind them, there is a Christmas tree with several presents underneath it. Then it begins to snow outside. 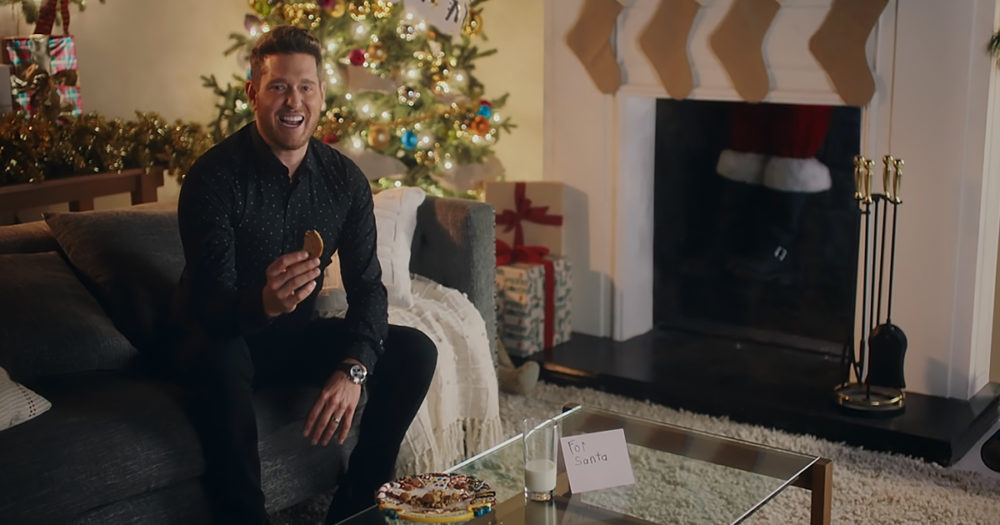 Michael puts on ice skates and plays hockey. He chucks a puck into a snowman. Two kids then approach the snowman to give him a nose and a pipe, and the snowman thanks them for their kindness.

Several houses and giant candy canes surrounded Michael as he continued to sing. He even skates on a giant snowflake made out of ice, and his voice carries across the town.

Inside, where it is warmer, there is a plate of cookies laid out for Santa. The kids are surprised when they find Michael eating the cookies. Beside him, there is a chimney where Santa finds himself stuck.

Michael enjoys the cookies and sings with all the love and passion in his heart. As he finishes the song, Santa escapes and climbs out of the chimney.