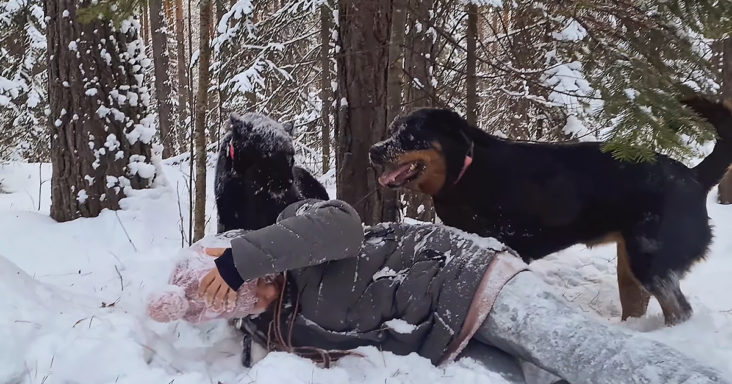 Luna, a beautiful black panther, was born in a zoo in Siberia, Russia. Her mother rejected her at birth and did not even give her milk and the care the little one needed. Victoria, an expert in rehabilitating wild cats, came to her rescue. 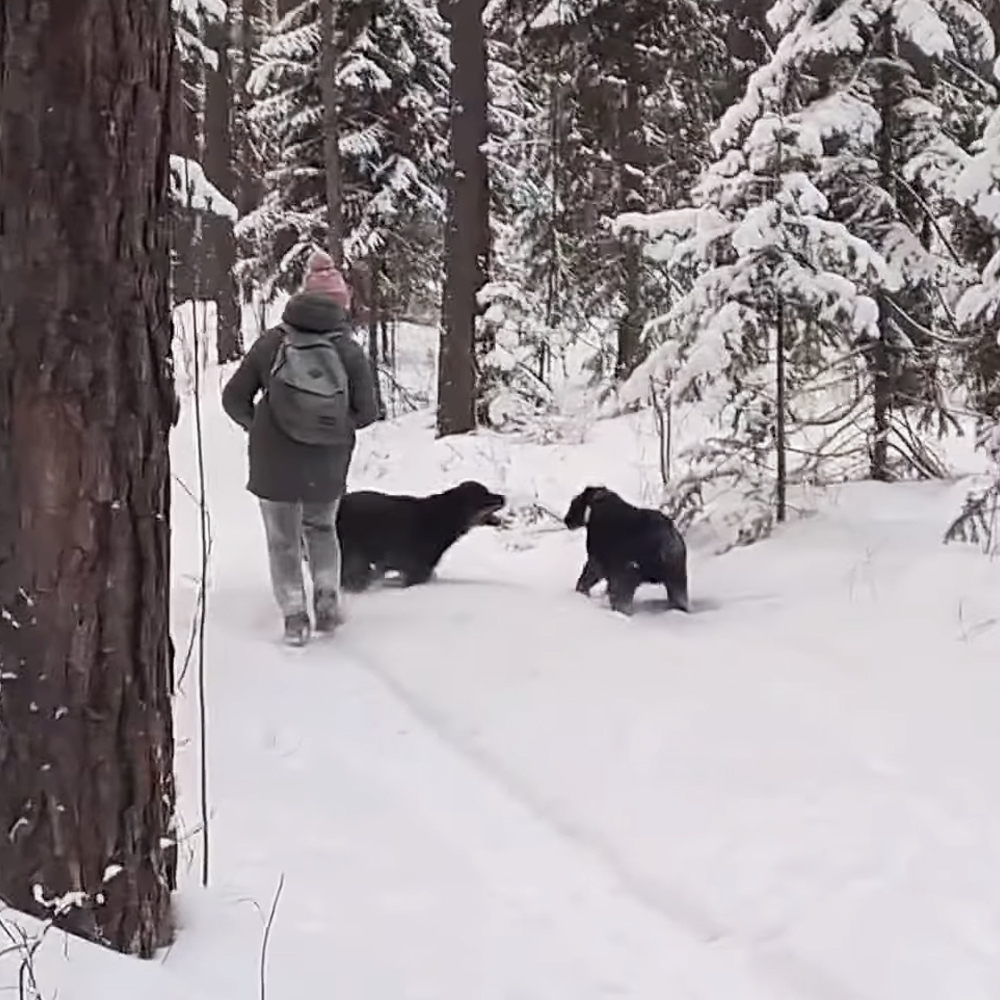 The panther joined her new owner’s family, and this was where she met Victoria’s rottweiler named Venza. Recently, Luna and Venza had spent some time in the snowy forest with their owner Victoria.

The beautiful black panther and the dog played a lot in the forest, covered with tall trees and snow all around. The dog and panther were in a playful mood. It felt as if both the animals wanted to play “catch me if you can” with Victoria. Luna’s agility was fantastic. 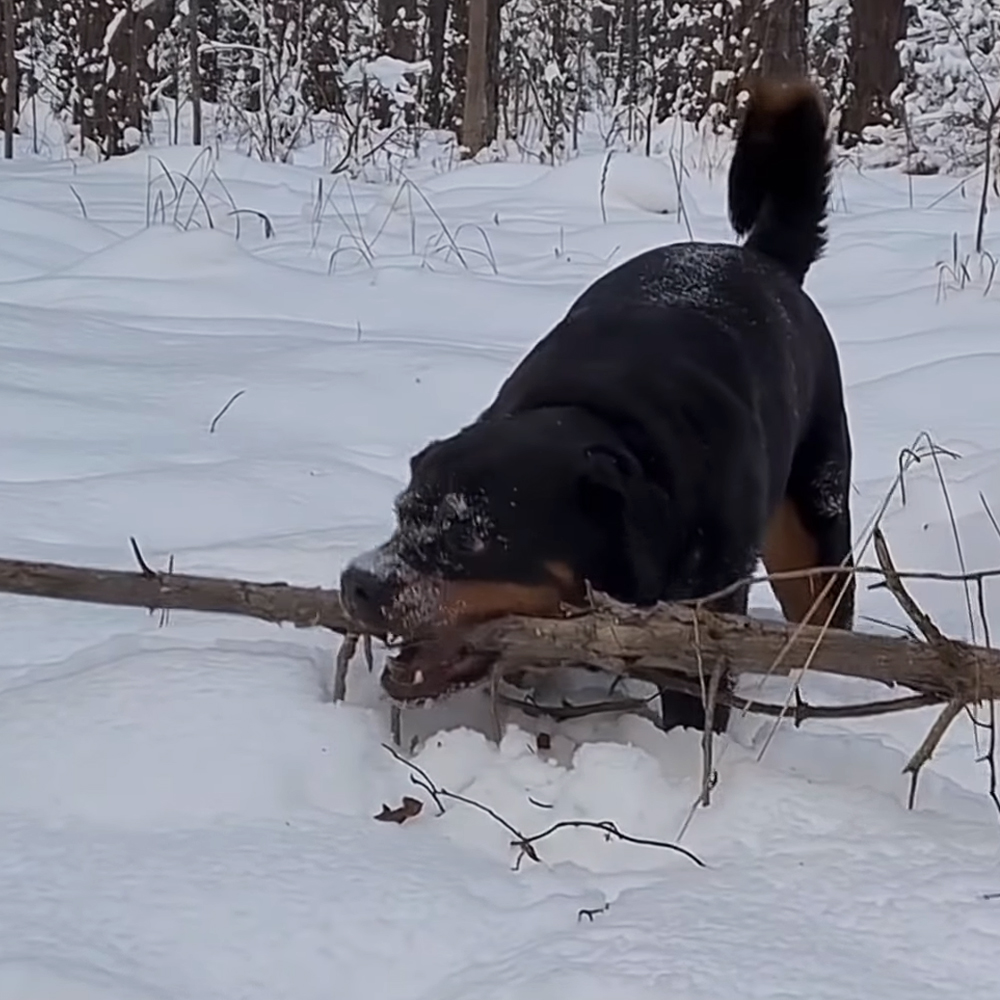 Being a panther, she had several perks, one of them was speed. So playfully, Luna leaped on her owner and knocked her down on the snow. Later, Victoria found the rottweiler busy picking up a giant stick a dog had ever carried.

Luna joined in and imitated the dog. Both the animals loved the snowy terrain, and they roamed around freely. Finally, Luna & Victoria sat down on the snowy ground. The panther wanted to sit with her owner for a while. 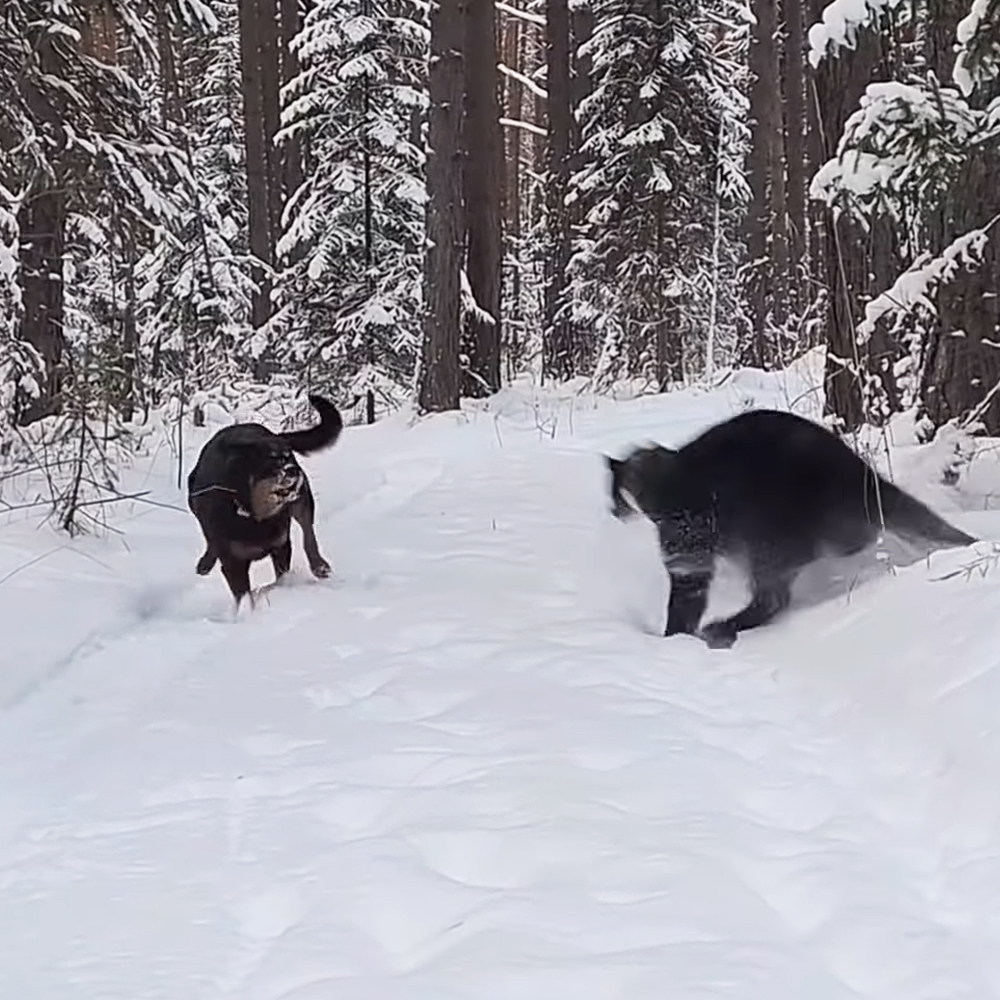 Victoria enjoyed every moment she spent with Luna and Venza. Both the animals posed like professionals while she clicked pictures of them. Luna even loved to tease Victoria, brushed swiftly past her, and hid in the snow.

In seconds, Luna vanished and was nowhere to be found. Finally, however, Victoria found her hidden under a tree covered with snow. At the same time, the rottweiler waited for her to come out to play.