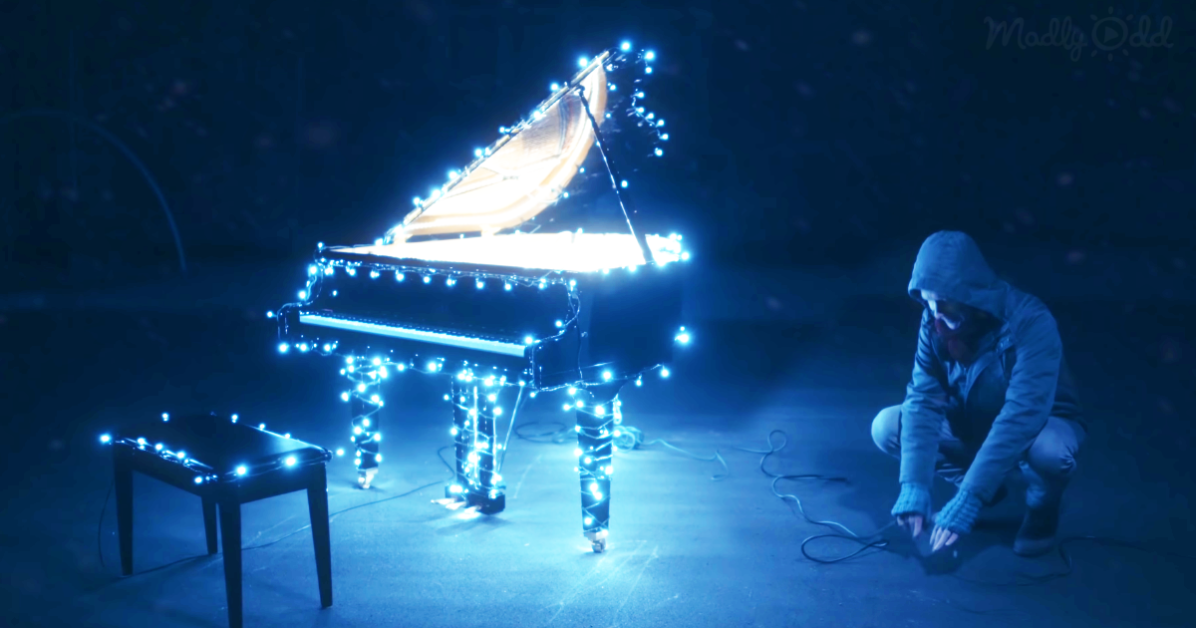 When is a piano a light show? It’s a light show when it is produced by the performers known aptly as “The Piano Guys”. From the humorous beginning, the joy of “I saw Three Sailing Ships” runs right through from the beginning to the end.

It is truly amazing what one guy and a piano can achieve with the assistance of technology. The sound of the piano cuts through the quiet of the night. But sound is not the only treat for you. 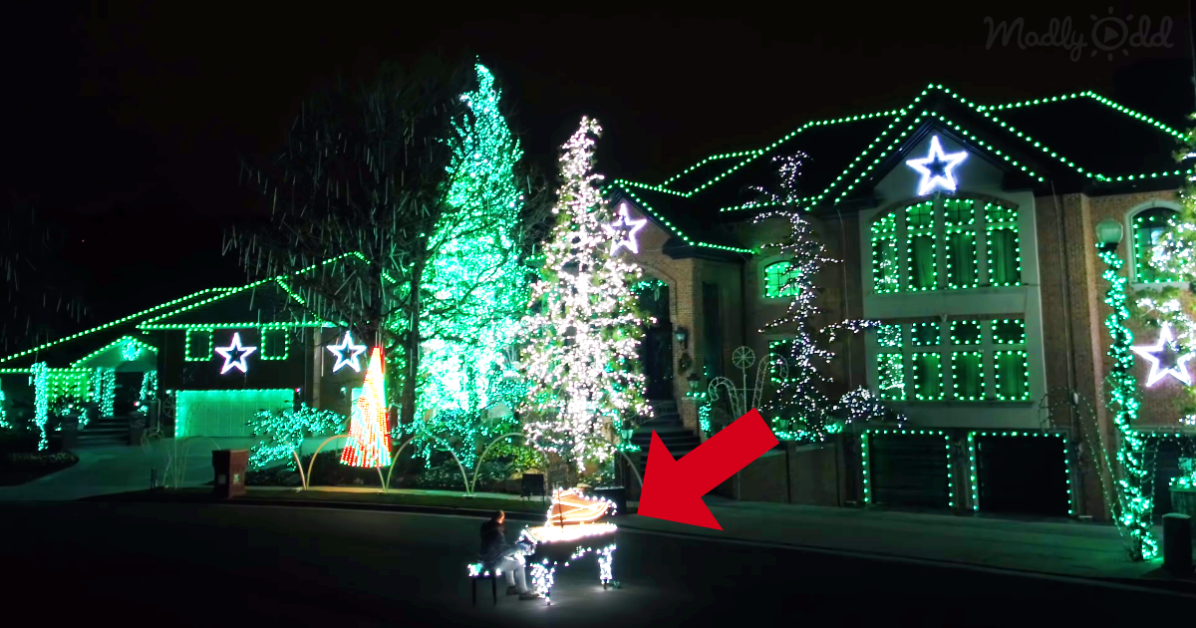 With each keystroke, there is an ever-changing Christmas light show, that was captured by a drone. And all of this extravaganza is carried out on a quiet evening in a local neighborhood.

What they do, is they hook a piano to about 500,000 Christmas lights. So, every note lights up a section of the whole Christmas light setup. At first, the guy from the Piano Guys starts playing, but it doesn’t seem to be working.

Then, he discovers that the piano was not plugged into the lights. He tests it, and when he sees that it works, he starts playing the most beautiful Christmas music, along with the special lighting effects that follow. Truly something you must see to believe… even if you don’t like piano music!

The flashing lights and sirens you see at the end of the video actually happened in reality. Apparently, The Piano Guys filmed the video without alerting the neighbors! Oops!

Someone called the police, and they showed up to calm the “disturbance”. Of course, these big-hearted police officers understood what was going on and enjoyed the show just as much as you will.

If you liked this video, share it because it’s the season to be jolly.