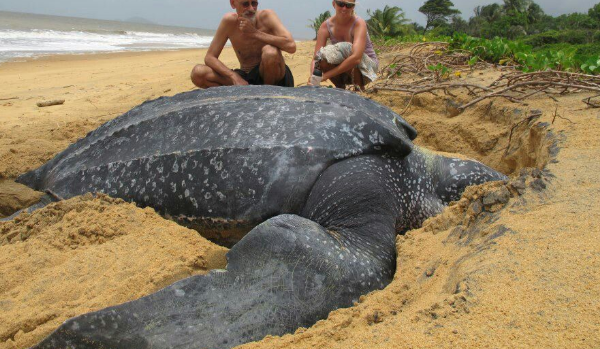 This clip captured an unbelievable scene in which a giant leatherback turtle came up from the ocean depths for a break to rest on the sand, and to reflect on her long life.

A tourist initially captured this turtle video at an unknown beach, but it appears to have been mostly forgotten by the press, though a few independent outlets had reported it. Several sightseers gazed at the scene in amazement and excitement as the massive turtle made use of her flippers to creep across the sandy shore before heading back into the ocean, her home.

After a few attempts to get back into the water, the sea turtle succeeds, and rides off into the waves of the magnificent sea, never to be seen again. This was indeed a rare event to behold. Watching this video is the next best thing to being there.

I bet the turtle was 150 years old and still young! It’s funny how her motivation falls when the water moves back. I assume she’s clever enough to wait for the water to return as it’s easier for her to move in water. Let Mother Nature do the heavy lifting.

Leatherbacks are well-known for being among the biggest turtles on Earth, and unlike freshwater turtles, sea turtles get pretty darn big. How big do you ask? These turtles are capable of reaching up to seven feet in length and can weigh up 2,000 pounds, literally a ton!

During nesting season, the turtles climb up out of the sea to dig a nest, and laying their eggs in the sand near the water to safely hatch and repopulate their species.

Upon the hatching of the eggs, the new baby sea turtles are at a close enough to the ocean to scuttle away and begin their lives. Remember this though: those babies take an unbelievable 15 to 20 years to reach adulthood.

Right now, century-old turtles presumably exist on this planet, and if you saw one, you might not even be able to recognize it.

Let’s all do our part to keep not just the leatherback sea turtles alive, but all endangered or threatened animals alive and with us as long as possible. 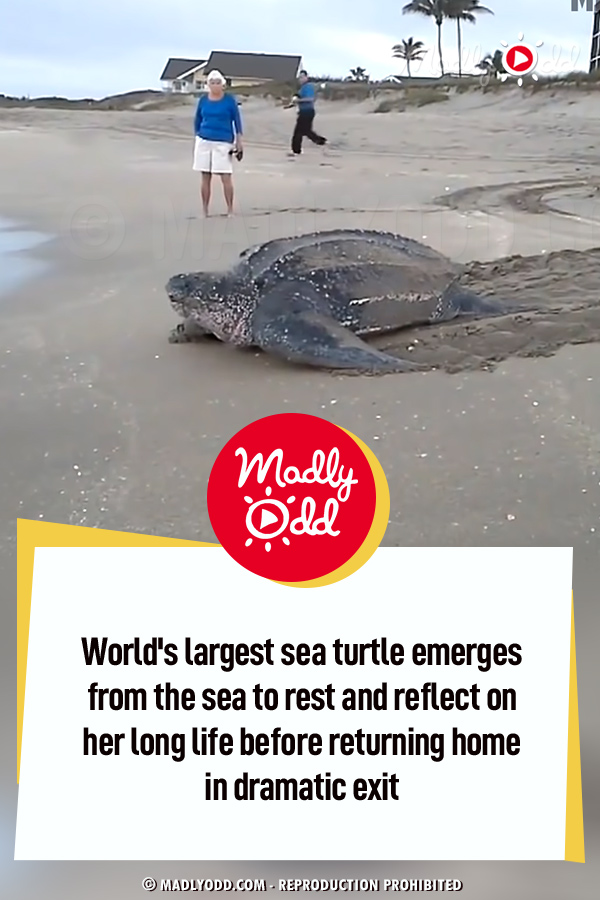