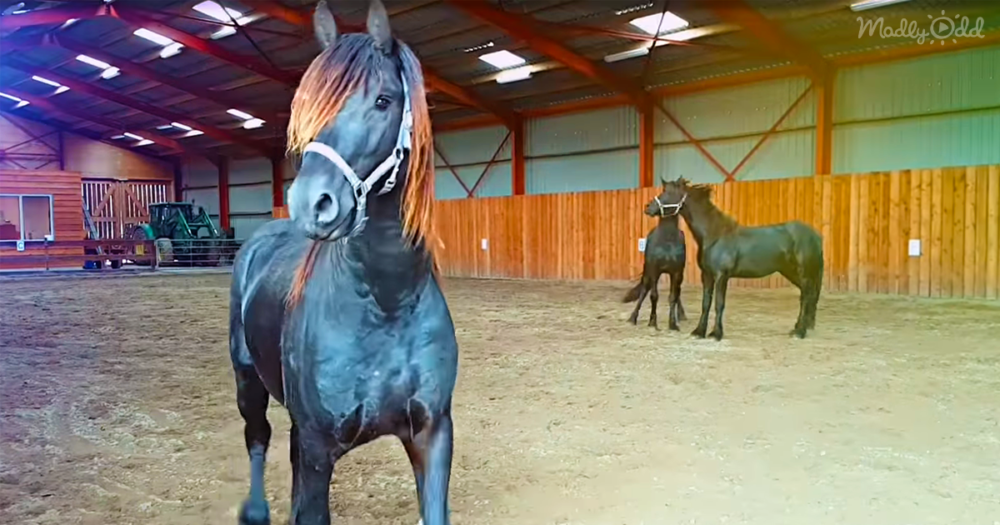 “Nothing is quite so striking in the horse world as a black Friesian stallion, posing majestically for the camera. The classic Friesian is usually all black with a thick, flowing black mane and tail and the characteristic feathery fetlock hair behind their ankles.

This impressive breed of horse has ties going as far back as the Middle Ages, where they were much sought after for war horses because of their unique combination of strength and agility for their larger size. Not many horses were strong enough to carry a knight in full armor. Even though the Friesian nearly went extinct a few times throughout history, the breed is now alive and thriving today. 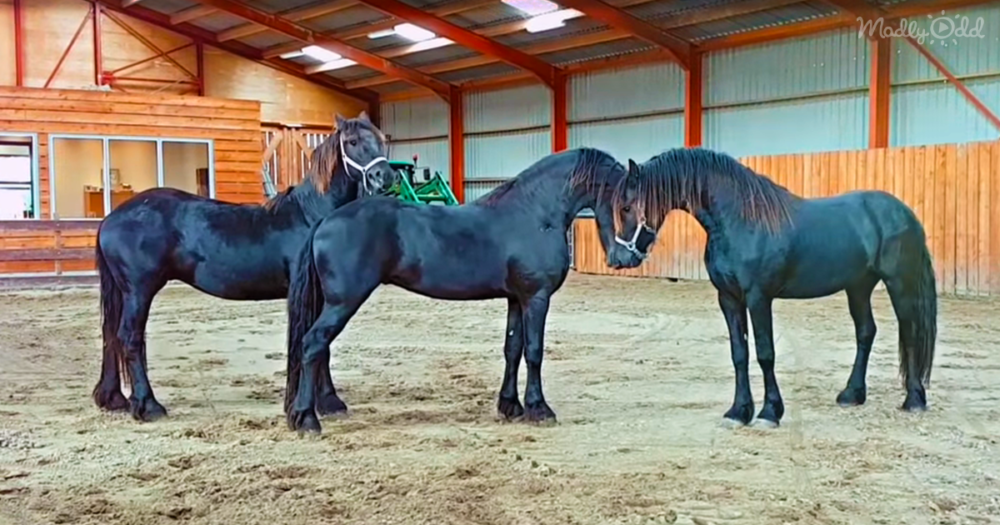 Having a prize-winning stallion takes a lot of work and training on both the human and the horse side, but when you see a Friesian in action – whether in the show ring or just under a saddle – they are striking and well-worth the work. These horses work so hard, so it’s nice to see them have time to just relax and be a horse sometimes.

You’ll love this video of three Friesians playing wild and free together in an indoor arena. They run around together and kick up their heels, enjoying the time to just have some fun. At times they act like they are showing off for the camera or to each other, as if to brag about who has the best poses or moves. In a way, it’s a dance off. 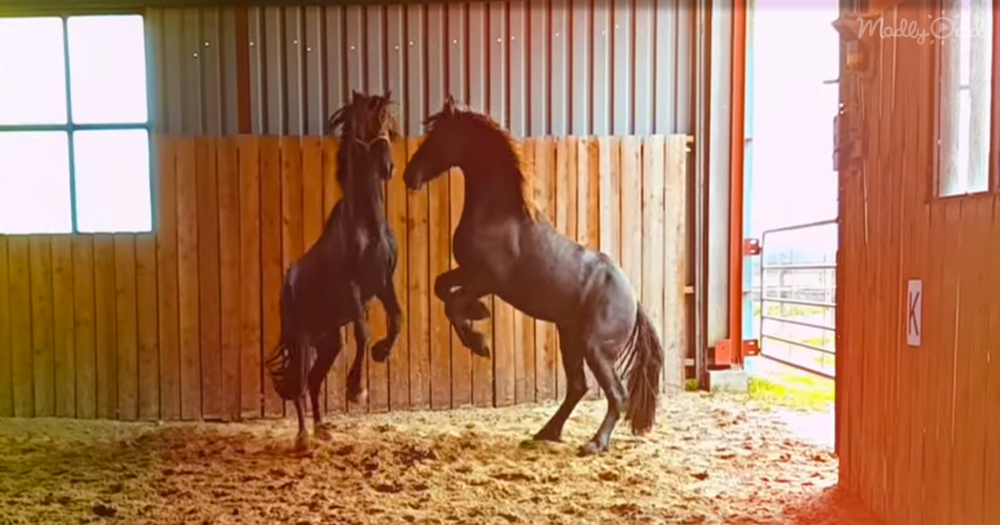 These horses have such a naturally graceful trot, almost appearing to float over the ground. The wind they create as they move makes their manes and tails fly through the air like flags. It is so stunning to see these powerful, massive animals move so effortlessly.

When Friesians are spooked, they tend to act like a cat does by puffing themselves up to look as big and imposing as possible to their potential threat. They also sometimes spin slowly in a circle, coming back around to face what spooked them in the first place.

Just sit back and enjoy this footage of these gorgeous show horses having some fun. Their play patterns are rather dog-like and comical at times.” 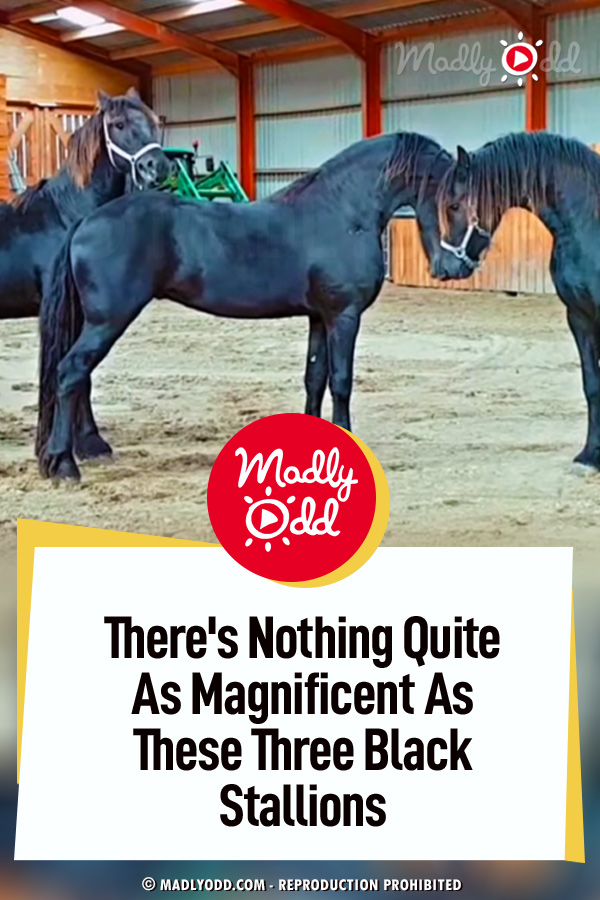