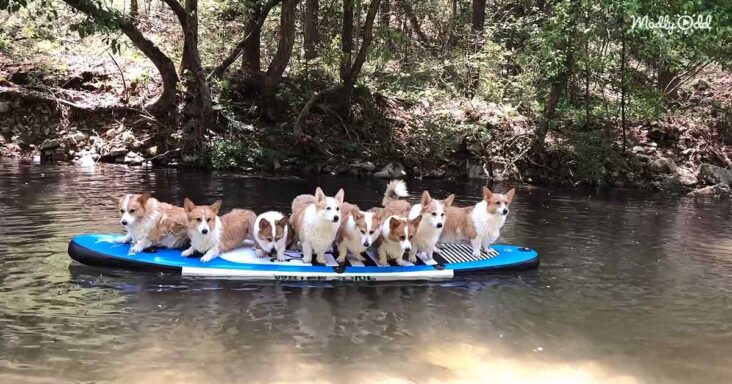 Eight pet corgi dogs are about to have an exciting day. A new package has arrived at their house. What could it be? 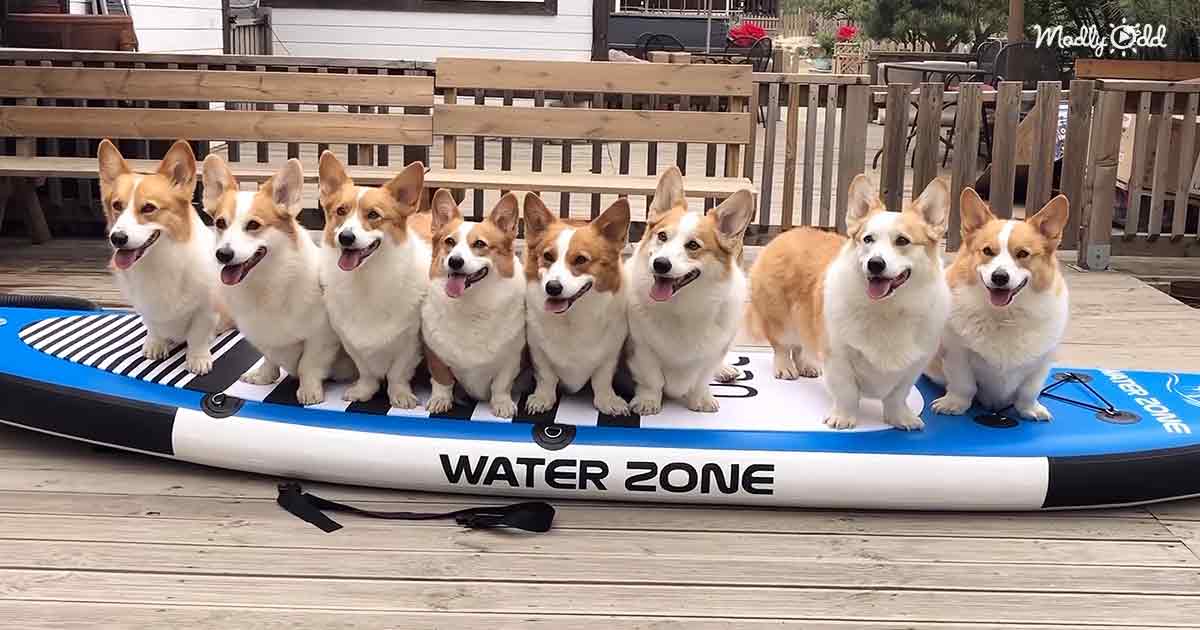 Their owner opens the box to reveal an inflatable paddleboard. The dogs watch him set it up with great excitement.

When the paddleboard is fully blown up, the corgis pile onto the board. They soon line up for a great photo showing how well they can sit together on the board.

After posing for a photo with their owner, he asks if the dogs are ready to try out the paddleboard. The excited dogs hop off the board as their owner takes it down to the pond. 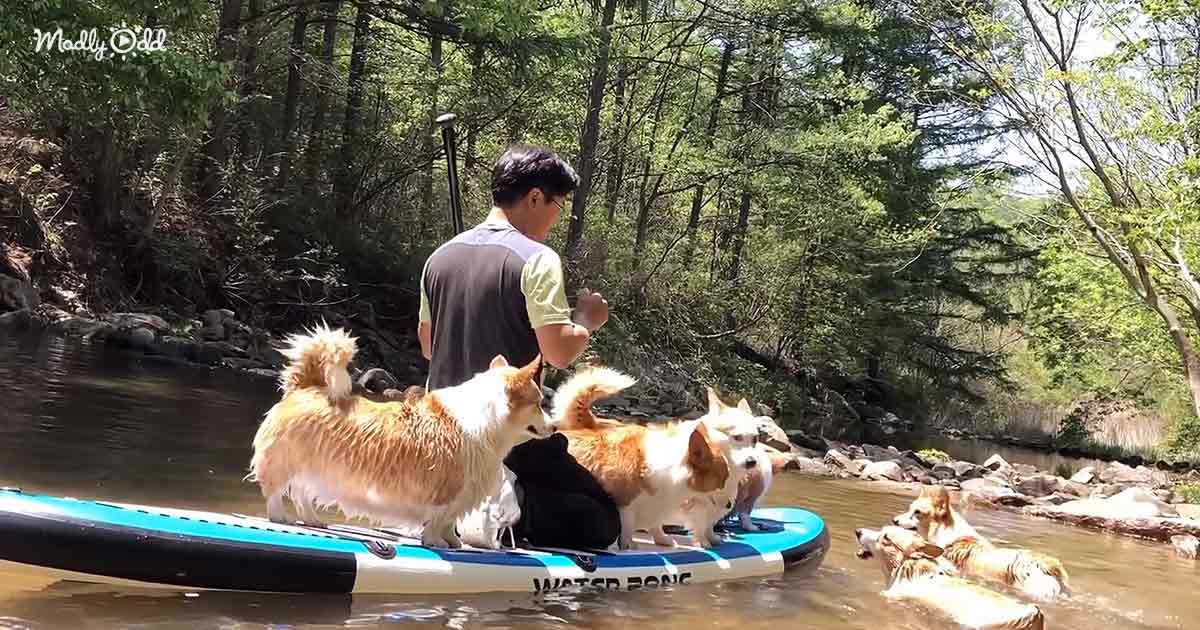 As the owner stands on the paddleboard and attempts to row, the corgis scurry around him. Some of them swim about while others catch a ride with his rowing. There is a whole lot of tail-wagging and happy barks happening.

The owner struggles to row but finds some balance with two corgis. The dogs that manage to hop aboard are happy, barking at the other corgis to check them out.

After some play, the owner finds a way to encourage the corgis to all get on the paddleboard. He starts with a few and has trial and error with their balance.

A rescue game becomes easy to play once the dogs get the premise. The owner rows around while the dogs follow and attempt to ride the board. It almost works. 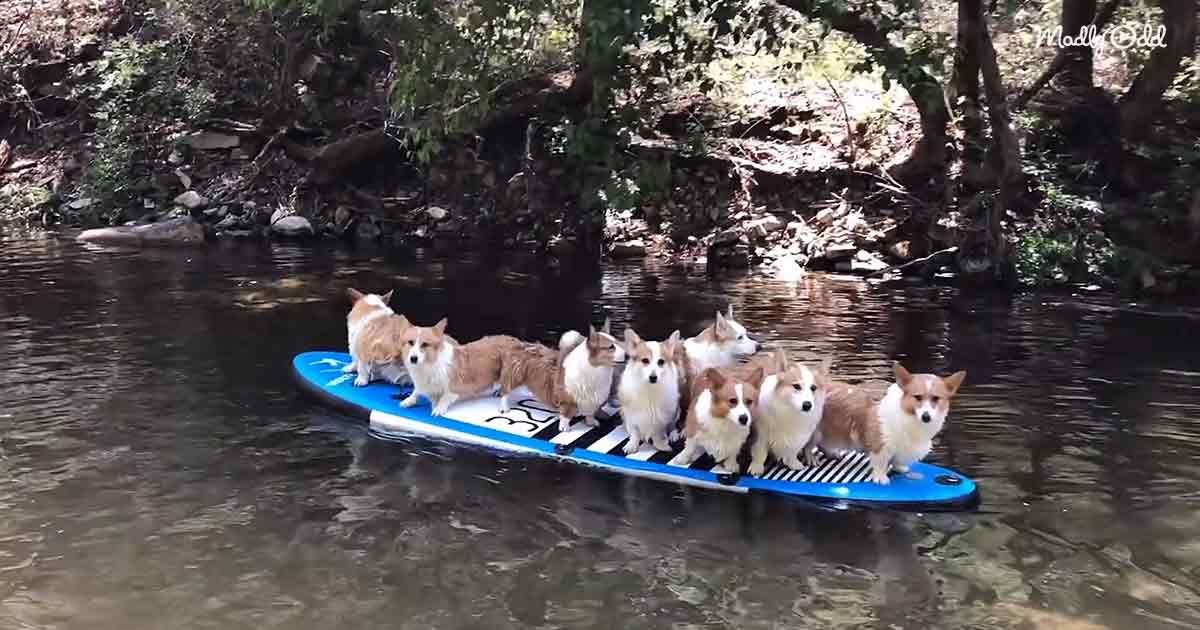 Another attempt at getting the dogs on a paddleboard is made on the second day. The owner won’t be on the paddleboat this time and let it out on the pond with a rope.

The dogs love this idea. They immediately start jumping on and off the paddleboard. They’re testing their balance.

Eventually, the owner plays another game of rescue. Next, the owner decides to coax the corgis aboard one by one gently.

Soon, all eight corgis are on the paddleboard. The board tilts a bit, but they seem to be calm enough. The owner even pushes it a bit to give them a gentle ride.

The third day is the most relaxing of paddleboard experiments. The owner hangs out with the corgis at the pond. He slowly convinces them to have a sit without going for a ride.

After three days, the corgis had a lot of fun with the paddleboard. The wet and happy pets follow their owner out of the water as he puts away the paddleboard and oar, looking forward to a future fun day in the water.