Meteorologists have been shocked at how rapidly Hurricane Michael has been strengthening, and they are already warning that when it cuts a path across the southeastern seaboard, the resulting aftermath could be unprecedented.

Hurricane Michael underwent rapid intensification, strengthening quickly from a tropical storm into a destructive hurricane and is expected to gain in strength before making landfall this week. The NOAA NWS National Hurricane Center warns that some areas will see as much as 13 feet of storm surge and large, destructive waves.

On Wednesday morning the storm intensified from a Category 2 storm to a  Category 4 hurricane with life-threatening winds of 130-160 miles per hour, doubling in strength in less than 24 hours. Heavy rain warning has been issued for the Florida Gulf Coast, and everyone in these areas should prepare for life-threatening winds associated with the core of hurricane Michael. Damaging winds will also extend and land across portions of the Florida Panhandle, southern Georgia, and southeastern Alabama as Michael moves inland. National Hurricane Center (NHC) warns of catastrophic flooding, and that residents within the hurricane warning zone should prepare.

Gov. Rick Scott declared a state of emergency for the entire state in anticipation of Hurricane Michael. “Hurricane Michael is a life-threatening storm, and Florida must be prepared,” declared the Governor. “This is a massive storm that could bring total devastation to parts of our state, especially the Panhandle,” Scott said. “There’s no excuse, you’ve got to keep your families safe.”

In neighboring Alabama, Governor Kay Ivey has declared an emergency for the entire state in anticipation of wind damage, heavy rains, and power outages.”Alabama is once again in the path of a hurricane, but I know Alabamians will once again come together and be prepared for whatever Michael may bring,” Ivey stated. 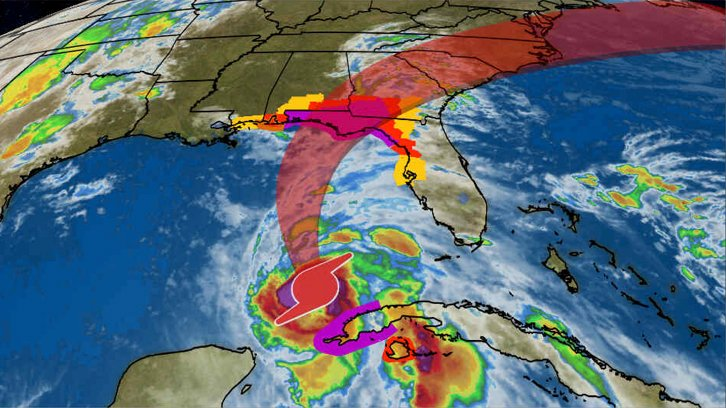 “Now is the time for residents in south Alabama to review your emergency preparedness plans and also get prepared” — warning that those in Michael’s path “will need to take shelter by Tuesday evening.”

Unfortunately, there isn’t much hope that Michael will weaken any time soon. Conditions are nearly ideal for a “superstorm” to develop, and when Michale makes landfall, the ensuing wind and rain will drive the storm surge further inland.

To put this all in perspective, Katrina was a Category 3 storm when it made landfall and pushed the surge-swollen waters of Lake Pontchartrain over and through NOLA’s levees, resulting in significant loss of life and property damage.

Hurricanes Florence and Katrina are proof that it’s not necessary the category force that determines a storms destructive power; the real factor is the flooding that follows. Due to the recent catastrophic flooding from Hurricane Florence, the aftermath from Hurricane Michael could turn out to be much worse than expected.

Bottom line: Hurricane Michael is already a powerful hurricane and looks only to become more so. Those with interests in the Florida Pan Handle and southeast US coast should pay close attention to the forecast.

MORE:  “It sprang up overnight!” Hurricane Michael strengthens to Category 4 “monster” with an eye on Florida, Georgia, and the Carolinas 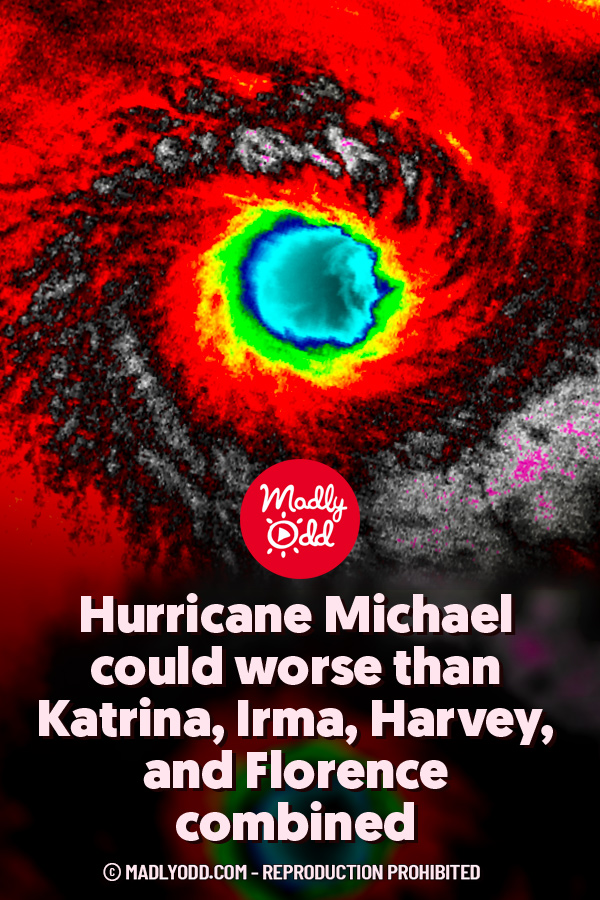