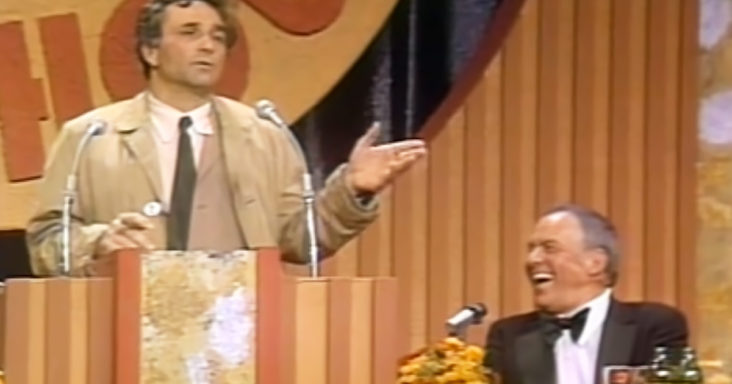 Celebrity roasts have been a popular event where comedians and performers tease celebrities of honor (and others at times) with their permission. Though the jokes have gotten more personal and crude with modern times, they were always good-natured fun. 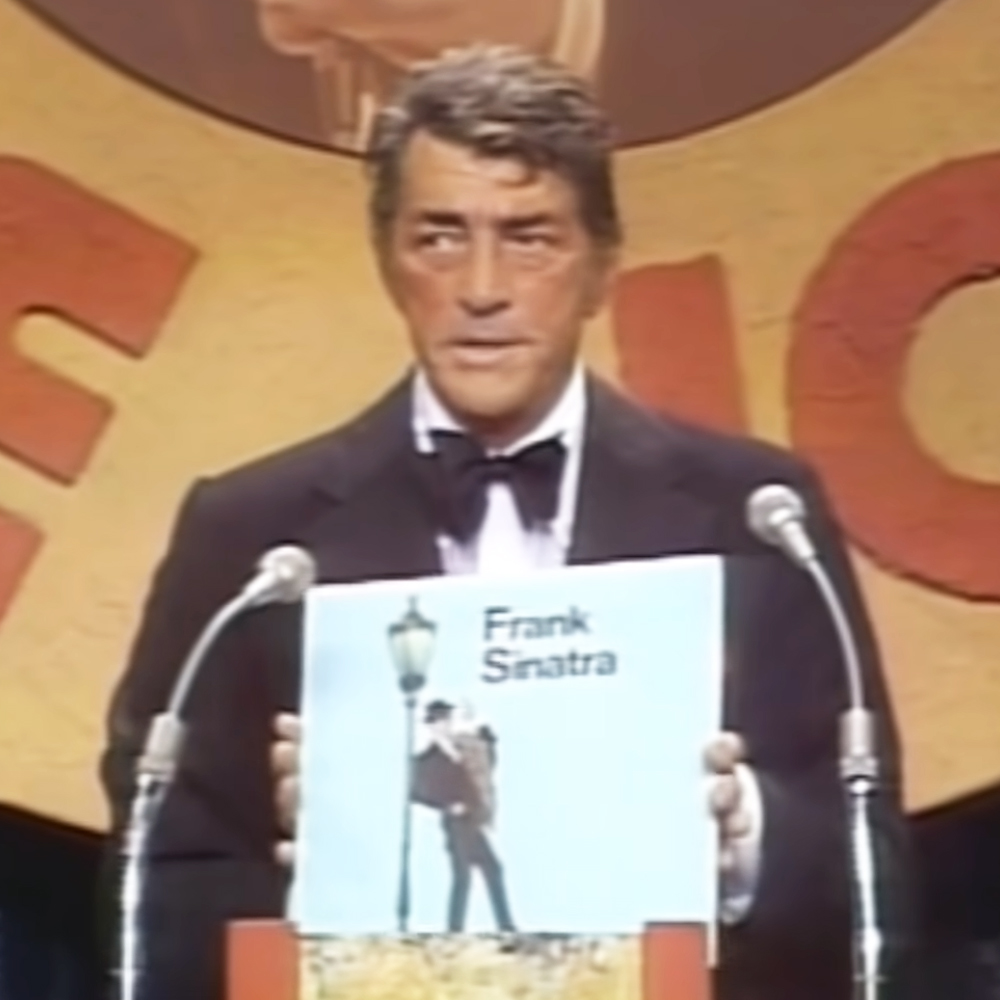 In this clip, Frank Sinatra is the guest of honor, and performers are taking turns making fun of Ol’ Blue Eyes. It begins with Dean Martin, who clowns Sinatra’s album cover picture of Sinatra leaning on a lampost in a suit with an old raincoat slung over his shoulder.

Martin implies that Sinatra came up with the raincoat prop and tells a story of a man who willingly let Sinatra borrow the coat for the photoshoot. Martin introduces that man as Lt. Columbo. The audience looks everywhere to see if it could really be true that Peter Falk was there. 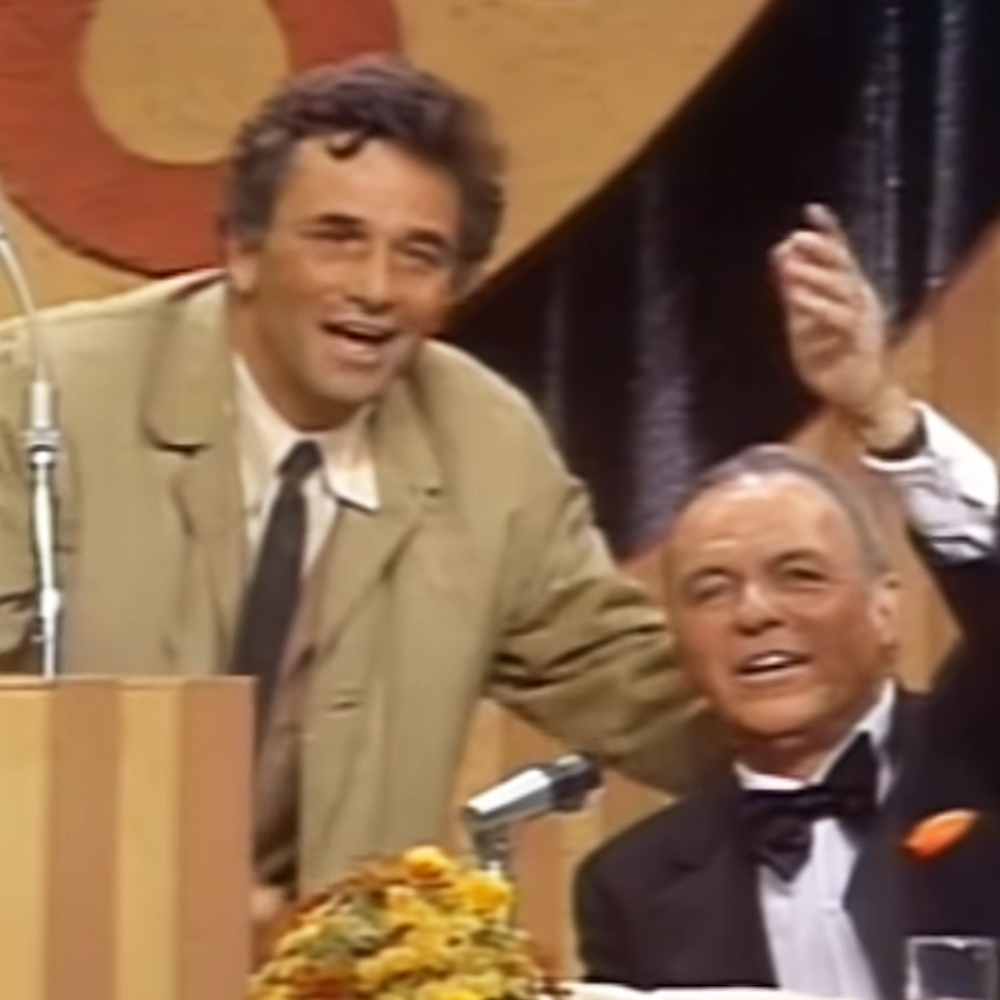 Sure enough, Peter Falk, dressed as LAPD homicide detective, stands up and waves to the crowd. Martin invites him on stage. Wearing the shabby raincoat Lt. Columbo gets up, holding a package and his signature cigar.

Columbo laments that he didn’t know just how fancy the event would be since he’s “not dressed” for the occasion. However, he admits that this outfit is all he’s got, so it wouldn’t have changed anything. 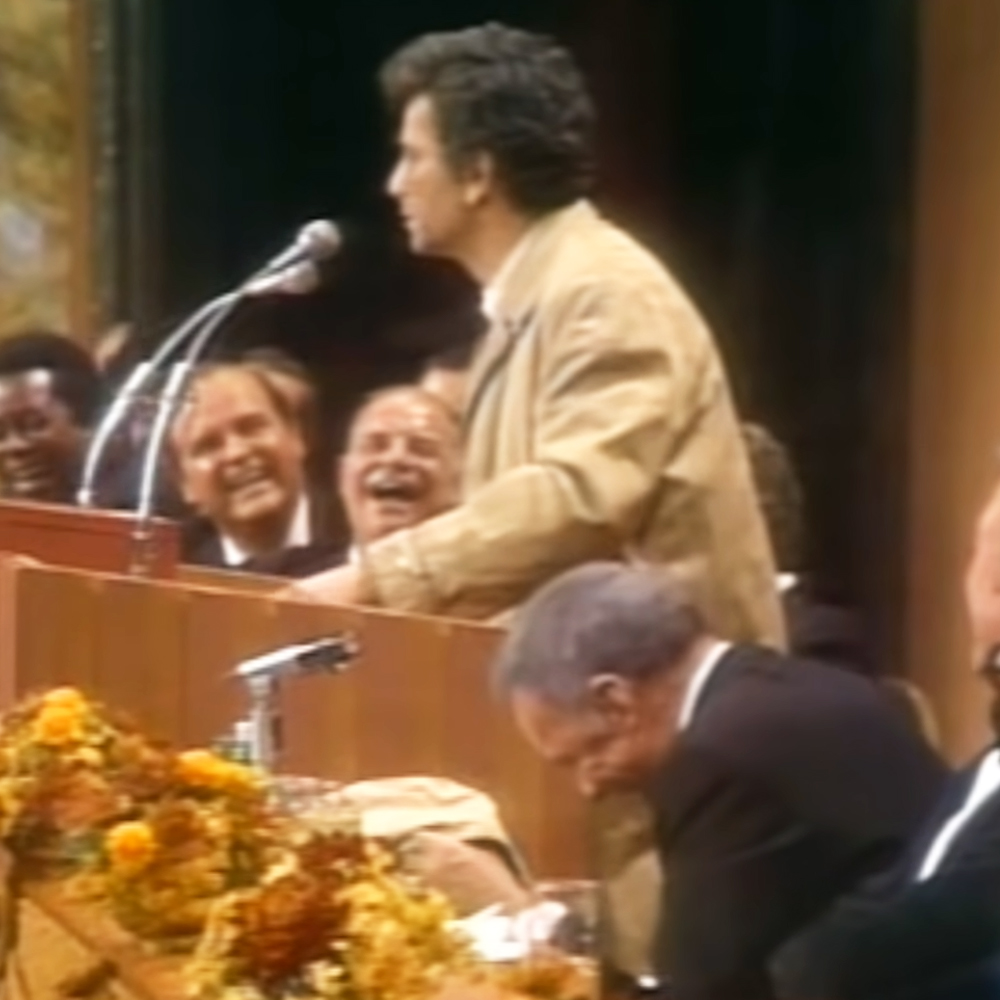 After making a big show of taking Dean Martin’s cocktail napkin and getting another comedian to give him a pen, he hands both to Sinatra. He wants an autograph while he stands up there.

The amazing part of this nine-minute speech is that Peter Falk never breaks character. He never laughs or makes any sign that he’s not really Lt. Columbo up there, fumbling through a speech for Sinatra that’s not really about him at all. However, the singer is having the time of his life watching Falk work so close to him.