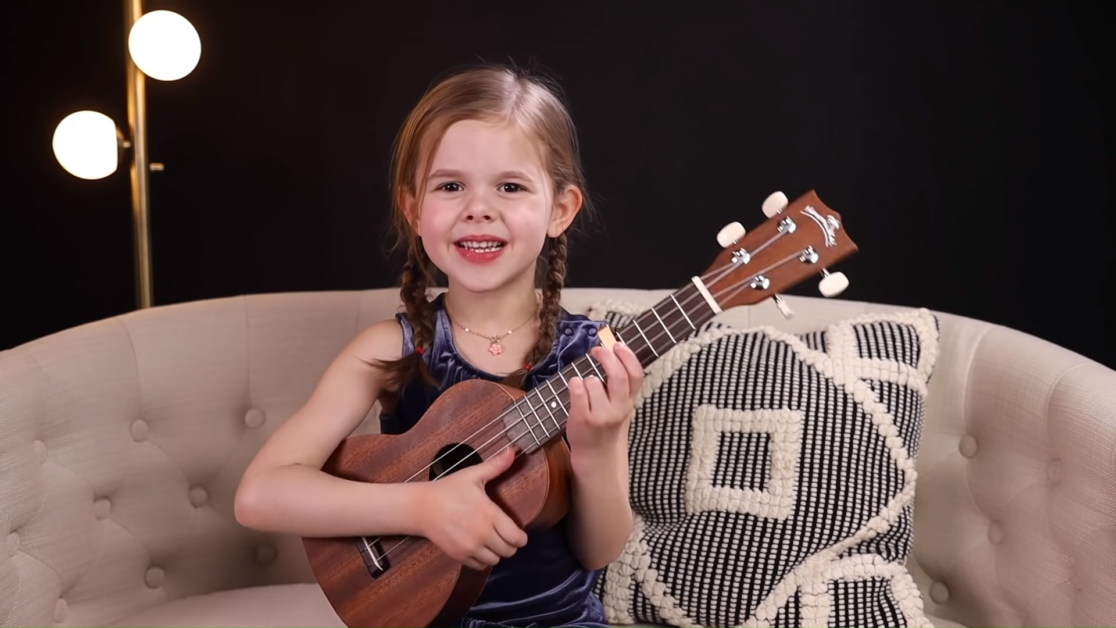 Claire Crosby was just three years old when she captured the hearts of millions when she sang an adorable (and pitch-perfect) duet with her doting daddy of “You’ve Got A Friend In Me“. Her prodigious father and daughter performance was an instant smash, generating over 23 million views after her video was uploaded to YouTube a mere three years ago.

But this little girl is no flash-in-the-pan. Her captivating charisma and her prodigious talent have gained her millions of fans and followers who adore her darling personality and angelic vocals. 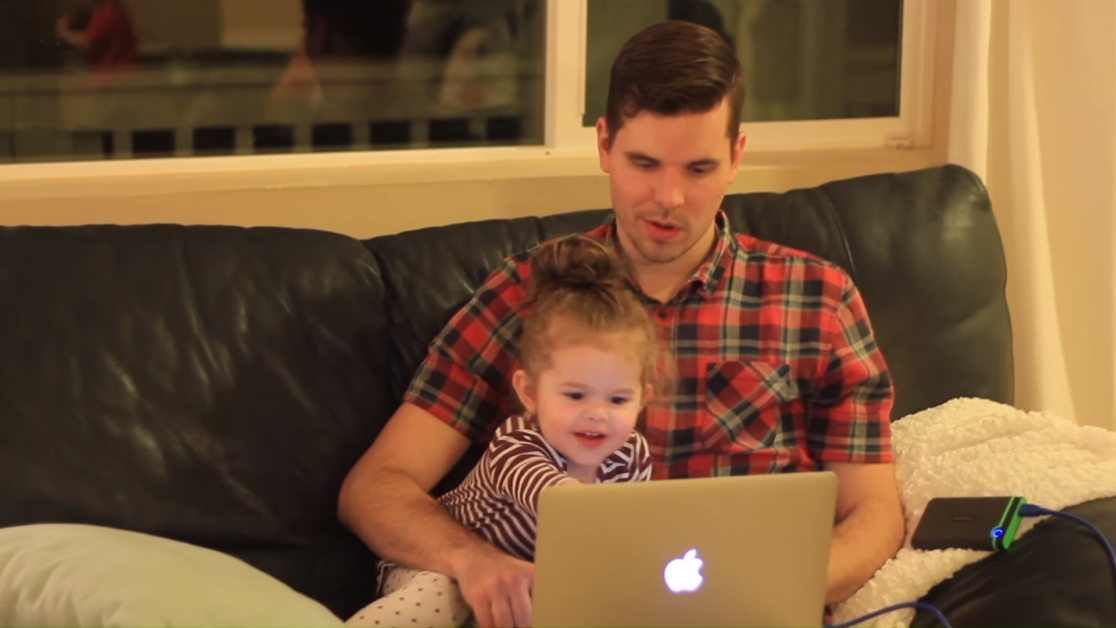 Her father says, “One day, I was getting an oil change and while I was paying, Claire suddenly burst out into the Little Mermaid song… It made everyone in the waiting room laugh and people were pulling out their cell phones and recording it. That gave me the idea to put a video on YouTube. A few months later, during Christmas break, we finally made our first video to the song from Little Mermaid.”  Claire singing “Part of Your World” from Disney’s Little Mermaid went viral in early 2016 with more than 8 million views in about ten weeks. 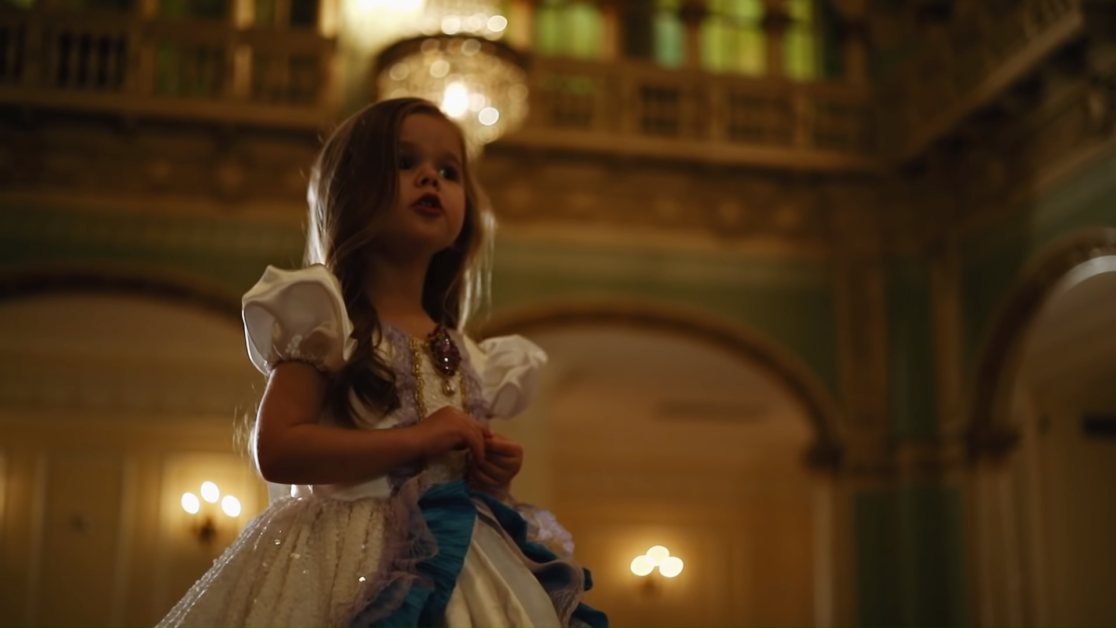 Then came ‘Beauty and the Beast’ . In a video for the cover, Claire sings her little heart out while dressed up as Mrs. Potts. Her dad played Beast in the video, while his wife dressed up as Belle. Their son Carson also made an appearance as Chip.  Needless to say, the whole thing is seriously adorable.

Right after her first video took off, she made numerous appearances on the daytime TV talk circuit, and she quickly followed up on her original performance. At the dear age of four, little Claire and her family went to Disney World in Orlando, Florida, donning a precious Polynesian outfit for a heartwarming rendition of “How Far I’ll Go” from Disney’s animated smash hit, Moana. 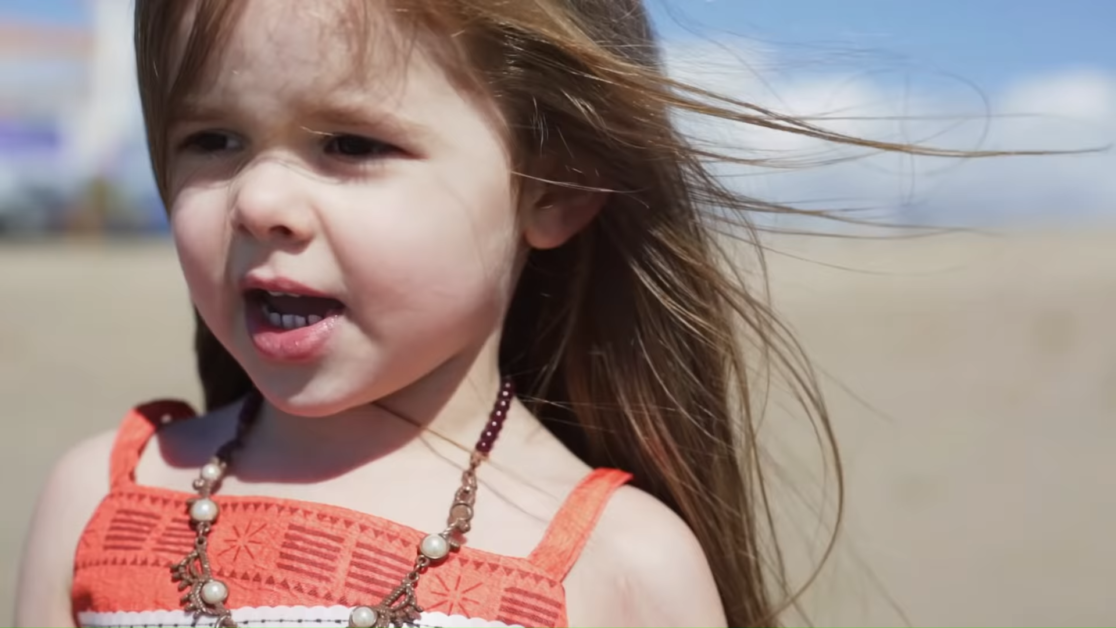 Then at the audacious age of five, Claire became inspired by the musical “Annie,” and so it wasn’t long before she delivered a heart-tugging performance of “Tomorrow.” It seemed no matter what Claire Crosby sings, she always a winner, but don’t think it’s because she’s cute as a button. This little girl posses profound singing skills with pitch-perfect voice modulation and gliding vocals that would make most singers green with envy.

After her Broadway-inspired performance from “Annie” came another notable performance by the young starlet when she gave her incredible cover from 2017 blockbuster movie, “The Greatest Showman“.

Then last December around Christmastime, the Crosby family created another viral sensation and this time with the classic Christmas carol, “The First Noel.” Claire gives the hymn her all, she sings with conviction and passion, and her YouTube video quickly became the season’s most-watched trending vide, with her mother on the piano and her dad singing at her side. 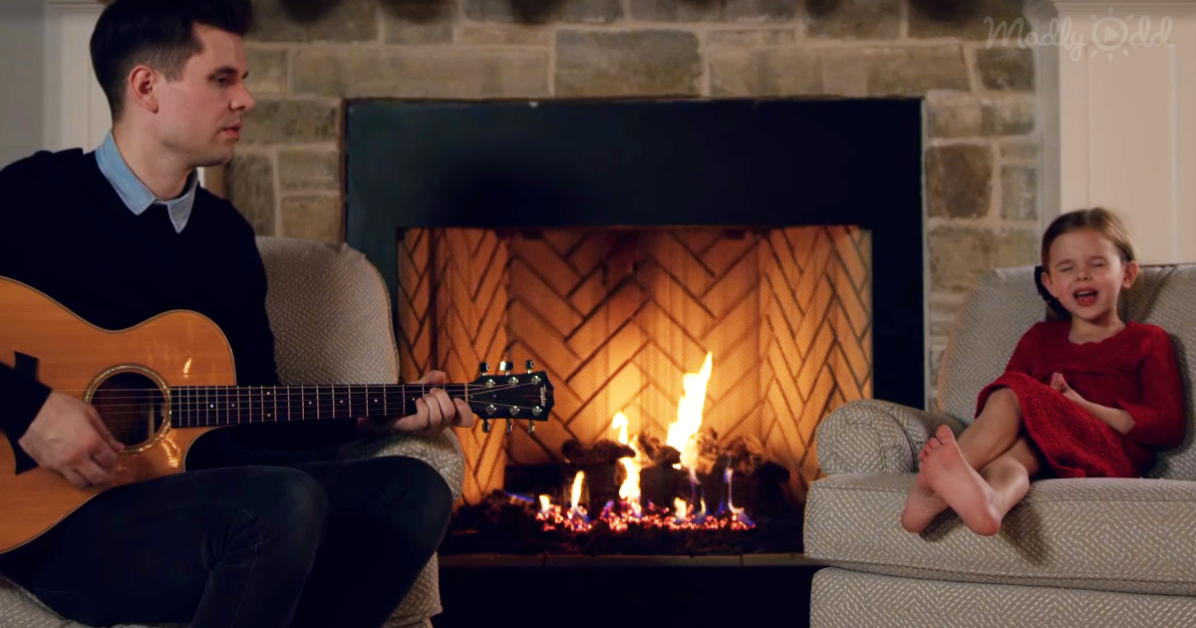 Today, Claire is back in front of the camera for a solo performance, and she’s almost too adorable for words. It was only a matter of time before the little star took on more “serious” covers, and her fans were was ecstatic to discover her latest performance, uploaded to her YouTube channel a few hours ago.

Her song selection was none other than Elvis Presley’s “Can’t Help Falling In Love” — and based on the video’s current trajectory of around 10,000 view-plays EVERY HOUR, it’s safe to say that Clair Ryan has done it again. This 6-year-old has an uncanny way of choosing the perfect song to compliment her gentle vocals, and each performance seems to get better than the last.

The Crosby Family’s latest video features the tiny 6-year-old singing Elvis’ iconic melody while simultaneously strumming the ukelele which blends perfectly with her solid, beautiful vocals. I dare say, The King would be smitten with this little angel and is smiling down on this little girl with her sweet, golden voice.

You’ll love the delicate inflections in her voice as she sings. She reaches those high notes without any apparent strain or change in timbre, and without sliding up to them; there is also a little trick of getting just a little louder as she gets a little higher, something most professional singers have yet to master.

According to the parents, she learned how to play ukulele all by herself. “She’s been working really hard to learn this one on ukulele,” says her doting daddy. What’s more, she’s also learning to play many other musical instruments. Now that’s a talent for you!

What a lucky girl to be born into a musical family that cherishes and supports her talents, helping her bloom into a phenomenal recording artist, and I can’t wait to see what the future holds for this tiny star.